Critical race theory and mask mandates prompted at least one Shawnee Mission School District teacher to throw in the towel on working in the district next year. Josiah Enyart, a 6th-grade teacher, resigned from the district at the end of July after the district announced it would require all kids and unvaccinated teachers to wear masks.

“That was my final straw,” he said. The district sent the email announcing its mask mandate on July 25.

Enyart taught elementary school for 13 years. In 2020, the Comanche Elementary School teacher received the Jedel Excellence in Mathematics Education Award. However, he won’t be using his award-winning skills in Shawnee Mission public schools any longer. When he resigned, the district told him to return district equipment and fined him $1,000 for resigning after a designated day in the teaching contract.

“I will be bringing my stuff, but I don’t plan on bringing a check,” Enyart said. He said the district changed his terms of employment by requiring masks, and he resigned a few days after they made the change.

At first, it was simple irritation when the district purchased millions of dollars worth of technology in order to be local leaders in technology. The $20 million technology update put Ipads and Macbooks in the hands of every student.

“It was exciting, but also, I wondered, why do we need all of this? We really had no plan to implement anything,” he said.

The first year after students received the hardwire, the internet didn’t work. Meanwhile, experienced teachers who weren’t interested in the new technology retired. The district even offered payouts to show them the door.

“I saw many of my mentor teachers leave,” he said. “Great teachers.”

A few years later, the district implemented Deep Equity critical race theory training for its teachers. As the Sentinel reported a few weeks ago, the district spent $400,000 on the training, which teaches that white people are complicit in a system that favors them over other racial groups. It explicitly instructs educators to “reject and resist any parents who disagree with it.”

“It’s all critical race theory stuff,” Enyart said. “That was kind of the start where I realized, they’re really trying to bring this in and make it something.”

Although it’s anecdotal, it appears others are deciding to abandon the district based on the decision to introduce critical race theory into classrooms. And then COVID hit. Teachers taught students remotely, but with few expectations and little accountability. Enyart said students faced few consequences if they didn’t do their school work or even log in to online classes.

“I couldn’t do anything but give them no grade,” Enyart said. “The district leaders did not give parents or teachers a sense of control or accountability where we could help students succeed.”

Enyart couldn’t fail them. Few students are held back, and the district seems more concerned with kids’ self-esteem than with students being able to read and write, he said.

“What a 12th grader has to know and get done to graduate is what a 5th grader had to do 40 years ago,” he said.

He isn’t just leaving the district. He’s pulling his own kids from the public school as well.

“I’m not going to continue to have my kids bossed around by these people and have no power as a parent, no power as a teacher, and for my kids to have no say,” he said.

He looked into sending his kids to private school, but the monthly cost exceeded his mortgage payment. As he debated what to do, Enyart learned there’s high demand for teachers outside of public school districts and for different educational opportunities. He met with a potential investor and learned there are private groups attempting to create their own schools so parents have choices. Enyart will homeschool his kids this year, but he hopes to start an actual school program by next year complete with a school building, a location, with a farm-type Montessori curriculum.

“Our students are going to learn things they haven’t had an opportunity to learn in a long time,” Enyart said. 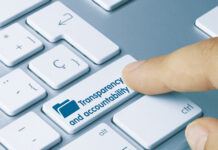 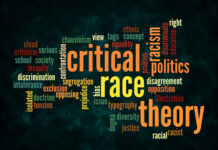 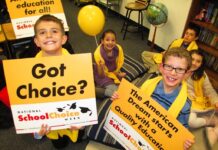