Corwin says its Deep Equity program is based on the work of Gary Howard, who believes White people “are collectively bound and unavoidably complicit in the arrangements of dominance that have systematically favored our racial group over others.”  Howard – and by extension, Corwin – are effectively saying White people are racist simply because they are White.

The premise of Deep Equity is that student achievement is suppressed by White privilege.  Corwin says, “The dynamics of privilege and power must be confronted to impact real change” and “students’ cultural realities and experiences must be at the center of the teaching and learning process.”

This amounts to brainwashing students to believe their country was founded on and remains a nation of white supremacy.  Deep Equity indoctrination is aimed at convincing students that our constitutional republic – the greatest nation on earth – is evil and must be replaced with something radically different, like Marxist socialism.

The Corwin Deep Equity training is in direct conflict with Shawnee Mission’s Philosophy of Education.

How can students appreciate “the heritage that assures (their) rights and responsibilities” when Deep Equity and critical race theory says our constitutional republic was founded on White supremacy? 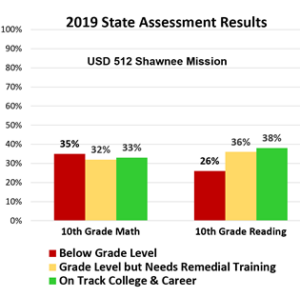 And while focusing their energy on divisive indoctrination, the board and administration are failing miserably at teaching students “the skills needed for successful living in a changing world.”

A third of the district’s high school students are below grade level in math and only a third are on track for college and career.  English language arts results are not much better.

Doing the same things over and over again is leaving thousands of students behind, but Shawnee Mission board members and administrators stubbornly and selfishly oppose every effort to give students a fighting chance with parental choice, accountability, and transparency, which have produced strong achievement gains in states like Florida, Arizona, and Indiana.  The board obviously doesn’t believe the “recognition of the inevitability of change” plank of their philosophy applies to the adults in Shawnee Mission.

At least one school district listened to parents’ intense concern over the Deep Equity indoctrination.  The Chandler Unified School District in Arizona discontinued the program in 2020, according to The Precedent, which is the student newspaper of Perry High School in Chandler.

“Parent groups organized and teachers contacted human resources. Board meetings began to be characterized by tension and hostility as the upholstered seats at the district office became flooded with support and opposition. One retired English teacher from Desert Vista commented at a meeting that “I’m a taxpayer in CUSD and I’m afraid of what I have heard about this equity program.”

One parent told the board, “Politics should not drive the educational process rather a culture of excellence should be promoted.”

It’s encouraging that the Chandler board and administration for listening to parents, but don’t count on the Shawnee Mission board doing that.  Under the direction of board president Heather Ousley, Shawnee Mission has a reputation for shutting the public out and ignoring parental pleas. 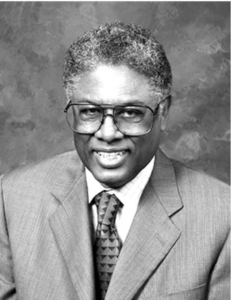 Economist Thomas Sowell explains why some school board members pay little heed to parents.  Sowell says, “No one will really understand politics until they understand that politicians are not trying to solve our problems.  They are trying to solve their own problems – of which getting elected and re-elected are number one and number two.  Whatever is number three is far behind.”