Guess what the state sales tax on food would be this coming New Year’s Day if Kansas Governor Laura Kelly had signed HB 2033 in 2019?  Exactly zero, according to the Kansas Legislative Research Division (KLRD).

By the end of June 2022, HB 2033 also was expected to save individual taxpayers $158 million in income tax and another $120 million for businesses.  But Governor Kelly is a tax increaser, not a tax cutter, so she vetoed the bill.

She said HB 2033 would “decimate the state’s ability to pay our bills,” but that’s nonsense.  Her budget proposal for FY 2023 shows the state would have had more than $300 million in reserve at the end of FY 2020, even after an enormous spending increase that year and deferring significant amounts of income tax to the following fiscal year due to COVID.[i]  FY 2021 would have finished with $1.9 billion in reserve.

Kelly is now insisting on a ‘clean’ bill that eliminates the foods sales tax without anything else in the legislation.  She says that would provide immediate relief to taxpayers who need it most, but her real motivation is purely political.  Even the Kansas City Star editorial board admits that Kelly needs to do it to get re-elected.

And if she is re-elected, look for her to propose an income tax hike starting with middle-income Kansans.

Kelly appointed 13 people to her Council on Tax Reform in 2019 to give her political cover for tax and spending increases if she gets a second term.  Only two of the 13 were from the private sector; the rest were people who represented state and local government interests.

Her tax-consuming appointees delivered as expected.  Their final report includes recommendations for more money for local government and a ban on tax limitations and spending increases.  And buried deep inside, a shout-out for a fourth income tax bracket to “enhance the progressivity of the state’s tax system…” by raising taxes on individuals earning more than $50,000.  That recommendation is camouflaged by referencing another Kelly hand-picked Commission on Racial Equality, but the details are in that commission’s final report on page 19.

The state sales tax on food should be eliminated as part of comprehensive reform to cut all taxes over time and paid for by getting spending under control.   Unfortunately, Governor Kelly isn’t interested in making better use of taxpayer money and cutting taxes.  She wants to raise taxes so she can spend more.

[i] Author’s calculation based on Governor’s Budget Report and KLRD analysis of HB 2033. 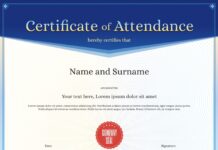 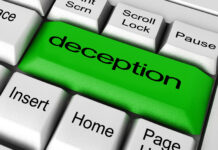