The posts subtly disparage former Gov. Sam Brownback and state Sen. Caryn Tyson. During his confirmation hearing, Toland admitted the posts were the result of a “juvenile prank by my staff.”

Toland said the Facebook posts show Toland spending the night in Thrive’s front office as part of marketing campaign. The images include photos of Toland readying for bed with photos of Sen. Tyson and then-Gov. Brownback on his nightstand.

“I regret that it happened. It was in poor taste. The end,” he told senators. 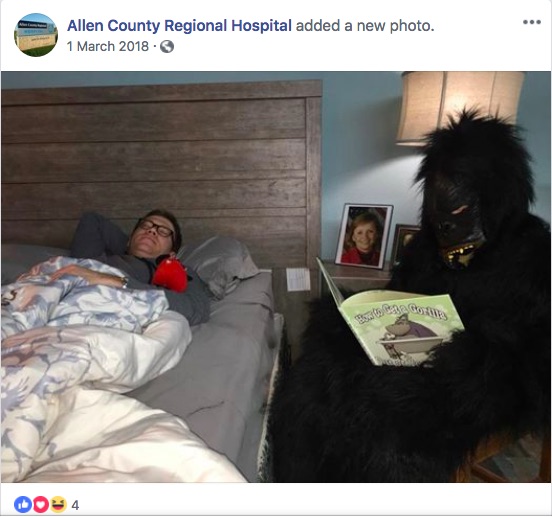 Yesterday, Kelly withdrew her nomination of Jeffry Jack for an appellate court seat after tweets surfaced in which he blasted profanities at public officials and called for gun control.

Tyson’s senate district includes Allen County, where Toland served for 10 years as the executive director of Thrive Allen County, now billed as a rural health advocacy organization in Iola. He also served as the treasurer for Kelly’s gubernatorial campaign.

As Secretary of Commerce, Toland would be tasked with leading Kansas’s economic development efforts and oversee a $93 million budget with more than 270 state employees. The commerce department has oversight of a variety of incentives for businesses, including PEAK and STAR bonds.

“I believe the core function of the Department of Commerce is to recruit business to Kansas…and to grow our state’s economy,” Toland told the Senate Commerce Committee during the hearing.

“Just the fact that the government grew at a faster pace than the jobs grew, that is one of my biggest concerns,” Pilcher-Cook said. “Kansas needs more private sector jobs. We do not need more government jobs. We’re not going to get the economic growth we need in our state until we can change that problem and really make a difference.”

Toland touted his efforts to assist in efforts to build and open a new 25-bed hospital, Allen County Regional, in Iola in 2008. He said the data Pilcher-Cook cited was more proof of the importance of improving the Department of Commerce.

“We’re not here to work on getting more state government, local government jobs. That’s not what we do,” he said. “Same with Thrive. I wasn’t trying to add more clerks to the county courthouse. I was trying to grow new jobs. We agree on the need to grow the private sector.”

“When you’ve got a first class new facility, it’s a lot easier to get a doctor to come to a rural area,” Toland said. “It’s been helpful in that regard.”  However, that ‘first-class’ facility recently lost accreditation to performm mammograms according to the Kansas Department of Health and Environment.

Now serving as interim-Secretary of Commerce until he is confirmed, Toland plans to place recruiters in London and Boston to prospect for businesses to come to Kansas. He told the Senate committee he also plans to initiate a Request for Proposal (RFP) for Kansas to craft a new economic development plan. He said Kansas last had a formal economic development plan in 1987.

“My frank assessment of the agency is that we have been poor communicators of what we do, how we do it, and why we do it,” Toland said. “…I did not create these problems, but I am here to solve them.”

The Sentinel will shortly have additional coverage of this developing story.