Data from the Kansas Department of Revenue shows the City of Manhattan raised property tax by 9% last year, and some of that money is going for pay increases.  Payroll information was obtained in an Open Records request and the complete 2020 payroll is posted here at KansasOpenGov.org.

There were 27 pay periods last year compared to the normal 26 pay periods the year before, which is factored out in the column headed ‘Net Change 26 Pays’ in the tables below.

City Manager Ron Fehr was paid $204,370 and his net increase was 16.4%.  Fehr said employees received a 1.6% cost of living adjustment last year, and “a 2 % wage increase or step adjustment was also approved and was implemented in conjunction with the employees anniversary date when they receive their annual evaluation.”

Fehr didn’t provide specific responses for any employees but said some employees had payouts for sick leave or vacation at retirement and there were also “some promotions and/or reclassifications that occurred.” 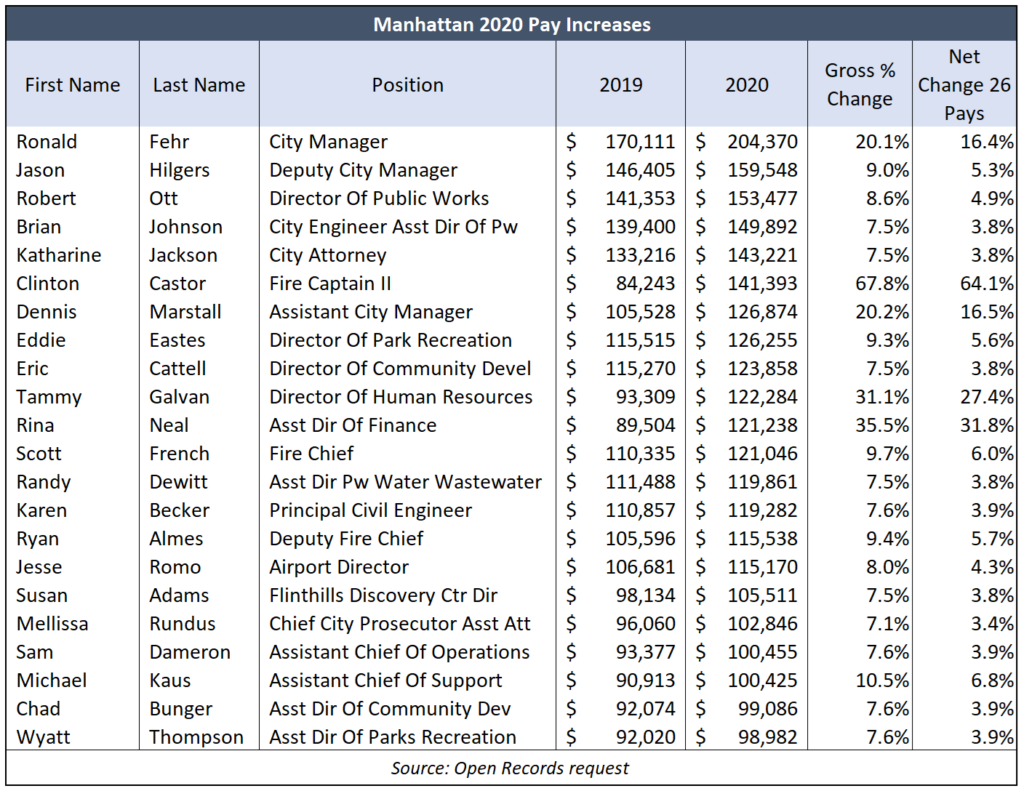 Fire Captain Clinton Curtis had a large increase to more than $141,000 but isn’t listed on the city staff directory, so his increase may have been driven by a retirement payout.

The overtime report for Manhattan shows Tiffany Saturday, a fire engine paramedic, was paid almost $92,000 in overtime.  Her total pay was $189,066. 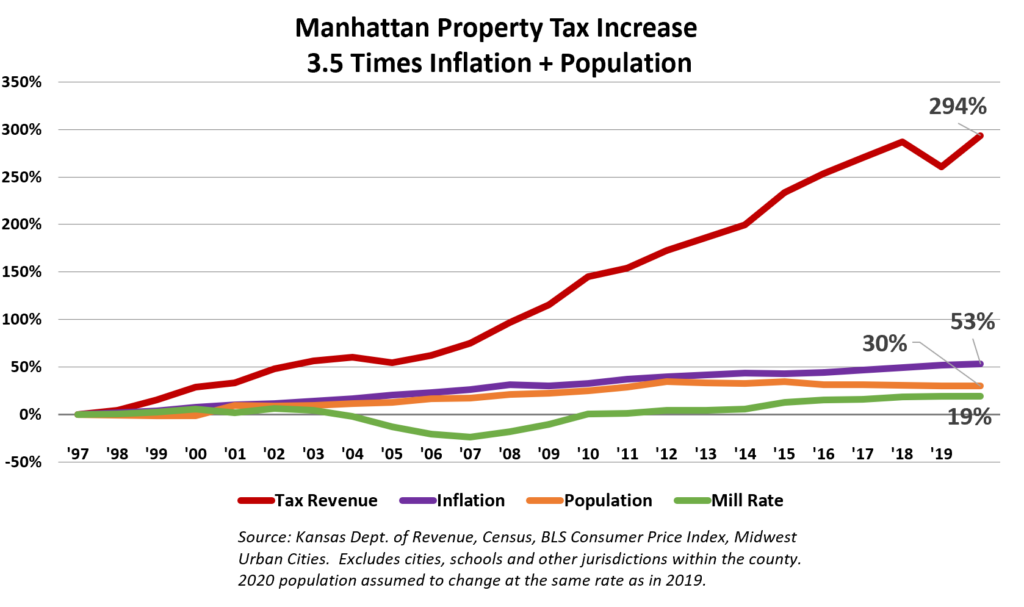 The city mill levy is about 19% higher than in 1997.  A mill levy history is available here at KansasOpenGov.org.