There will be a lot of RNR hearings coming in the next four weeks where local officials will try to justify unnecessary property increases, giving taxpayers the opportunity to demand lower taxes.  So far, almost 240 cities, counties, community colleges, and school districts plan not to increase property tax next year.  Almost 100 more are planning increases of less than 2%.

Some of them are proposing very large increases, however.  The list below only includes those that will try to justify increases of 6% or more at the RNR hearings between August 23 and September 2; you can see the list of all hearings scheduled over that two-week period here.  A list of hearings that will be held throughout the rest of September is here.

The hearings are required as part of the new Truth in Taxation Act that passes the Legislature this year.  The law requires mill rates to be reduced so new valuations deliver the same dollar amount of property tax as the year before.  If local officials want more, they must notify taxpayers of their intent, hold a public hearing for feedback, and then vote on the entire property tax increase.  No longer can they pretend to ‘hold the line’ on property tax while reaping big increases from valuation changes.

Kansas has some of the highest property tax rates in the nation and most of that is driven by local spending; the more they choose to spend, the more they have to tax.  Property taxes were increased many times more than inflation since 1998.  Sure, costs are increasing for cities and counties, but taxpayers are getting the same increases…and now some local officials want to make it worse with yet another tax increase.

If hundreds of local taxing authorities can hold taxes flat, so can a lot more.  Tell them they have the opportunity to ‘hold the line’ on property tax’ and for once, it will be the truth. 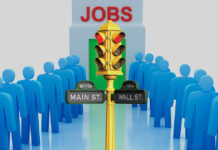