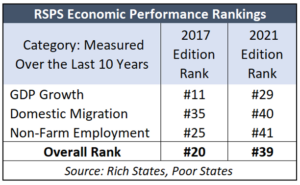 Just a few years ago, Kansas was ranked #20 in economic performance in the annual Rich States, Poor States publication from the American Legislative Exchange Council.  But the 2021 Edition has Kansas at a dismal ranking of #39, and the precipitous drop is largely driven by the largest tax hike in state history that was passed in 2017.

Economic performance is a backward-looking measure based on changes in Gross Domestic Product, Domestic Migration, and Non-Farm Employment.  The 2017 version of Rich States, Poor States had Kansas at #11 for GDP growth between 2005 and 2015, but slower growth between 2009 and 2019 has Kansas at #29.

The state’s Domestic Migration ranking dropped from #35 to #40, and the Non-Farm Employment rank plummeted from #25 to #41. 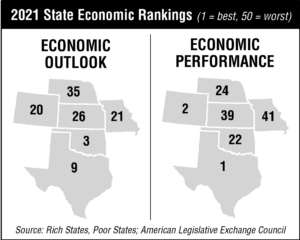 Jonathan Williams, Chief Economist for ALEC and one of the publication’s authors, says the 2017 tax hike severely damaged the state’s economic competitiveness.

Taxes and spending through the roof

Local and national media reports claimed state spending was ‘decimated’ during the years that tax relief was in effect, but General Funding of $6.277 billion in FY 2017 was a record high.  When spending doesn’t increase as fast as desired, government and media call that a ‘cut.’ 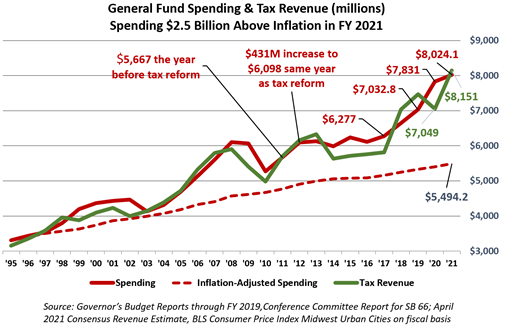 General Fund tax revenue grew even faster, going from $5.817 billion in FY 2017 to $8.151 billion in FY 2021.  This year’s total is a little inflated because April 2020 tax payments were deferred until this tax year beginning in July; tax revenue is estimated to be $7.719 billion in this ‘normal’ tax year.

Kansas fares a little better in the Rich States, Poor States Economic Outlook ranking, coming in at #26, but that is a bit of an anomaly.  Kansas gets #1 rankings for not having a death tax, being a Right-To-Work state, and holding minimum wage at the federal level of $7.25 per hour.  The state’s Economic Outlook ranking jumped to the mid-teens immediately following the 2012 tax relief effort but has hovered in the mid-20s since taxes were increased in 2017.  And the state’s economic performance has been much lower than indicated by the outlook ranking. 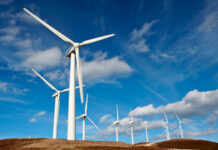