Several teachers walked out of an in-service presentation on finding reliable news sources when the presenter said Fox News should only be referred to as “Fox entertainment.” The presenter was an Olathe school district employee according to Cody Kennedy, the communications and media manager for the Olathe School District.

According to a source who asked to remain anonymous for fear of retribution from the school district, teachers thought they were volunteering to attend a January 7 seminar on helping students deal with “fake news.” Instead, teachers were subjected to a presentation that was rife with political bias. At least two teachers got up and left when attendees were told how they should properly refer to Fox News.

The Olathe school district provided the Sentinel with the presentation along with a statement regarding the in-service seminar. The presentation was put together by two senior coordinators of the learning services divisions for the school, including the head of the district’s Library Media Services.

The presentation shows that the speakers targeted the right of center news sources as unreliable, notably using Fox News and Sinclair broadcasting as an example. Kennedy noted in his statement that, “Attendees were told beforehand that this session was not intended to be a political statement but would touch on current events as students and staff members live in a world with a constant stream of changing information.”

The district didn’t respond to other questions, including:

The following slide was taken from a Meet the Press show on NBC, accusing Fox News and others of intentionally distributing bad information. (The NBC logo is just part of the Meet the Press screengrab.) 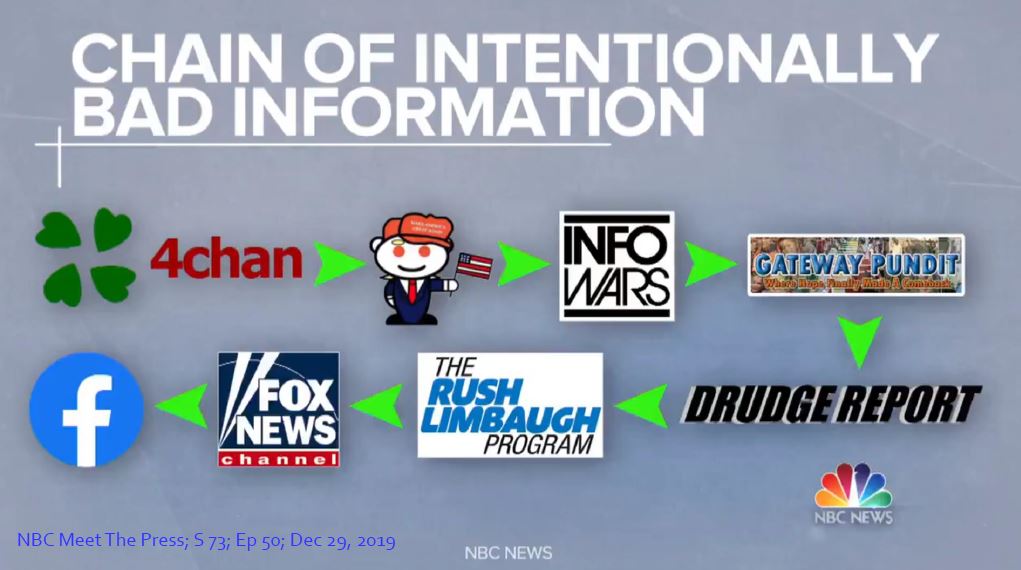 It seems that the intention of two senior district officials was to influence district teachers to educate according to their bias. The Olathe school district seems to agree, telling the Sentinel, “Upon further review, this session did not meet district expectations of providing a balanced perspective and fell short of the high standards of the district,”.

Some of the information in the presentation, like urging people to use reasoning and critical thinking skills, is useful.  But a slide listing limits on freedom of speech raises serious 1st Amendment concerns.

Is saying something that someone finds offensive ‘infringing on the rights/freedoms of others?  The slide accurately notes that hate speech is protected, but what’s the message behind their statement that ‘freedom of speech is not a license to abuse.’  That can easily have a chilling effect on free speech. 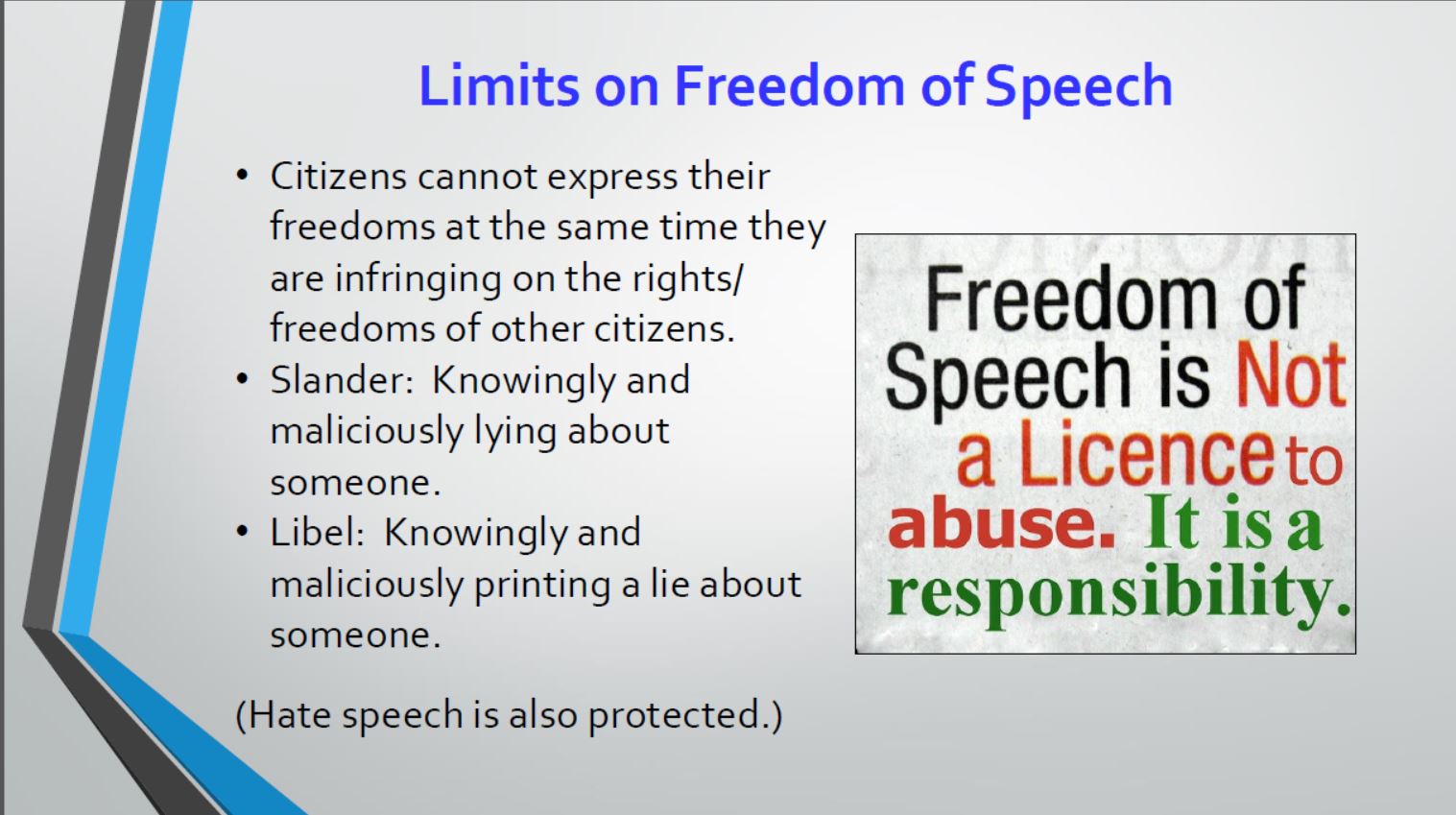 There was also arguable confirmation bias present in how teachers were encouraged to help students fact-check by using Politifact, which has been subject to allegations of political bias. The website was sold to the Poynter Institute in 2018. Yet, even the revered journalism institute stumbled in early 2019 with the release of an index of unreliable news sites. The site was so poorly cited that the institute removed the index within days, though it is still available through archive.org.