With less credibility than Eddie Haskell, Kansas Governor Laura Kelly this week declared that business is booming in Kansas.

The basis for her claim is business investments made by recipients of ‘incentive deals’ with the state.  The Kansas Department of Commerce didn’t know offhand how much taxpayer money those businesses received, but Senior Director of Public Affairs Dena Satler confirms that subsidies were involved.  Republicans and Democrats alike play this game for political gain.  They take credit for subsidized jobs allegedly created while ignoring all the losses related to their policies. It is particularly galling for Kelly to proclaim that “2021 is officially the best year for business in Kansas’ history” while many small businesses are still struggling to recover from her ordering them closed as non-essential businesses.

Private-sector job growth is painfully slow.  Kansas had 30,000 few private-sector jobs in October than in January 2020. At this year’s pace, it will take another year to get back to pre-pandemic employment.

Economic conditions prior to the pandemic were also anemic.  Private-sector jobs grew just 1.3% over the three years between 2016 and 2019, and that was the sixth-worst in the nation.

The harmful income tax hikes in 2017 and 2018 were made worse in 2019 when Gov. Kelly implemented the state’s third straight income tax hike.  She vetoed legislation that would have prevented individuals and businesses from paying higher taxes as a result of federal tax changes, and she did it again in 2020.  The Legislature was finally able to override her veto this year.

Kelly was also one of the two dozen or so governors who allowed people to collect extra federal unemployment for several months last summer, further adding to the state’s economic woes.

Kelly can’t – or at least won’t – substantiate her previous claims of business investment and job creation related to the state’s distribution of subsidies to a few businesses.

Earlier this year, The Sentinel submitted Open Records requests to the Commerce Department, seeking documentation to support Kelly’s claims for increases during 2020.  Commerce responded that their claims were based on “pledges” from recipients of taxpayer money.  We sent another request asking for the methodology used to determine jobs saved or created, along with any policy documents setting such a formula.

The response was that no such documents existed.

Their inability to prove their claims comes as no surprise. The Kelly administration knows it can get away with touting unsubstantiated claims because mainstream media dutifully repeats the talking points of a Democratic administration without question.

The media crucified Sam Brownback for using accounting tricks in the budget process, but they sat silent when Kelly did it.  And of course, media covered for the Kelly administration when they doctored charts to make it appear that mask mandates worked.

No governor has ever taxed and spent citizens to prosperity, and this one is no different. 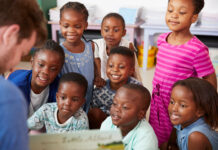 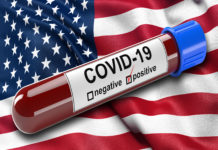