When Republican Governor Sam Brownback used budget tricks to avoiding spending cuts, media pounded him on the front page and in editorials.  But they give Democrat Governor Laura Kelly a pass when she does it.

On Thursday, Governor Laura Kelly released a plan that purports to “cut” roughly $682 million from the state budget, in response to shortfalls largely created by the COVID-19 shutdowns ordered by her administration.  She’s not really cutting spending, however.  Most of the budget tricks involve pushing expenses into the next fiscal year, like delaying $77 million in state aid to K-12 schools and delaying $264 million in loan payments.

In fact, none of her proposed ‘cuts’ will impact general operating budgets to any state agency at all. 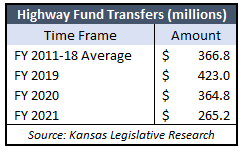 But that’s not the case. Governor Kelly has presided over more than $1 billion in highway transfers so far, including about $365 million this year and $265 million for the 2021 fiscal year starting in July.

Kelly has reduced highway transfers from the $500 million or so that came out between 2016 and 2018, but contrary to what the Eagle would have you believe, she’s still doing it.

Kelly’s plan would also delay more than $46 million in payments to the KPERS Death and Disability fund.

Delaying payments to the state pension system is something for which Brownback was routinely excoriated for by state media.

Earlier this year, Kelly proposed a radical reamortization of the KPERS system to slash millions in payments each year, something the Associated Press reported was similar to “refinancing a mortgage.”  But as the Sentinel reported at the time, Kelly’s plan would have cost taxpayers $4.4 billion over time (so she could spend more on other stuff now) and possibly put pension payments at risk.

It would seem hypocritical — at the least — to allow Kelly a pass on the use of budget tricks for which a Republican governor was often chastised.

In the Eagle story, Kansas Senate President Susan Wagle, (R-Wichita) suggested the state was being set up for a tax increase.

“There’s always room to cut, there’s always a way to have a hiring freeze,” Wagle is reported to have said. “There’s two choices: cuts in the budget or a big tax increase next year.”

“The governor’s allotments are not really cuts, she is just kicking the can down the road into next year by delaying the payments,” Houser said in an emailed response. “Those will still have to be paid plus all the new spending that was approved during last session.”

“In a time of financial uncertainty and the inevitable loss of income, we don’t increase our household budgets, we watch our spending, we bunker down and ride out the storm. The state needs to stop its massive spending addiction and start approaching the budget like we do in our households.”

“In the past, governors, including Governor Sebelius, took action to decrease spending during economic downturns,” Tyson said. “By delaying payments and not decreasing spending,  the current Governor is adding interest and costs to government that taxpayers cannot afford. 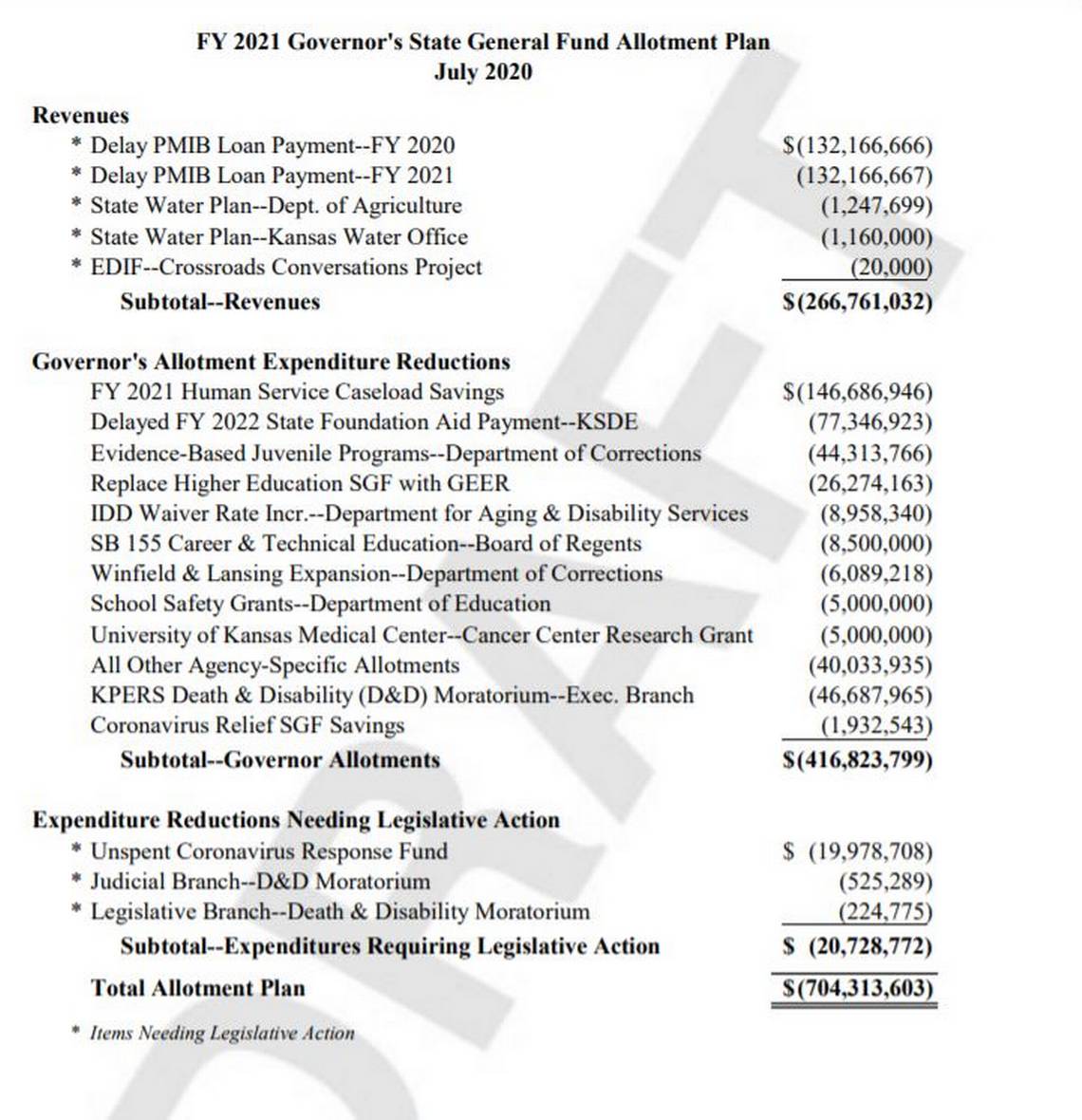