For weeks, Kansans have been warned that a rise in COVID cases could cause hospitals to scramble for ICU beds, but data released today by the Kansas Department of Health shows hundreds of open intensive care unit beds in the state since mid-June. 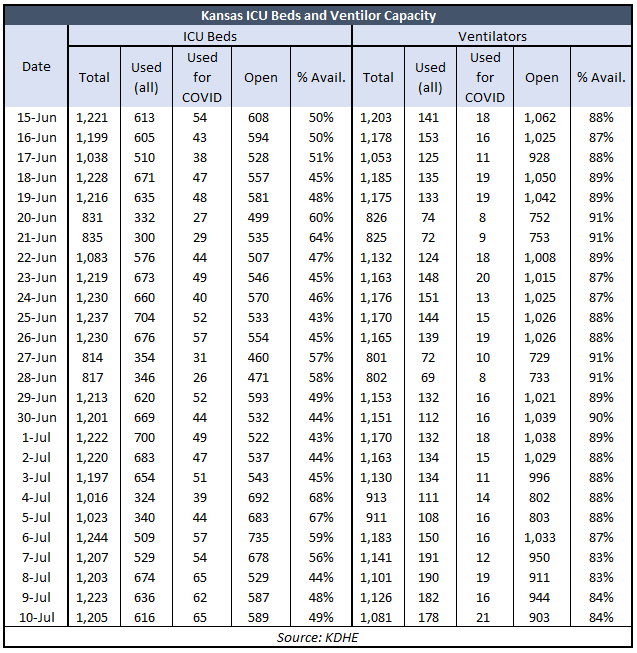 The new KDHE data is only published back to June 15, and since then, at least 43% of all intensive care unit beds were open.

The Sentinel asked KDHE to explain why they show different numbers of total ICU beds and ventilators each day since the number of reporting hospitals was the same each day, at 151.  We also asked if any counties were close to capacity, but didn’t receive a reply.

It’s unclear why KDHE didn’t provide data on ICU bed usage sooner, but this comes on top of other good news reported yesterday.  Kansas recorded the fewest number of deaths last week — just 8 — since the week ended March 30.  The mortality rate (288 total deaths as a percentage of 20,058 total cases) also set a new record low of 1.4%.  And aside from nursing homes, the mortality rate fell to 0.6%.

Open capacity for ventilators is even greater, with 84% of the state’s 1,100 ventilators sitting idle as of July 10.