Taxpayers can add K-12 funding to the list of false and misleading claims by Kansas Governor Laura Kelly.

Responding earlier this week to the budget approved by the state Senate that used $568 million of COVID relief funding to replaced state funding over the next two years, she said, “ If Senate Bill 267 becomes law it would cut funding for Kansas public schools by more than half a billion dollars.”

But SB 267 does not cut that money from school funding.  It merely replaces state funding with federal funding, just as the Legislature and Democrat Governor Mark Parkinson did during the Great Recession in 2009 and 2010.

State funding was reduced by $419 million in FT 2010 but it was mostly backfilled with a $313 million increase in federal funding; local funding also increased by $32 million that year.  Collectively, K-12 funding per student declined 2.6%. 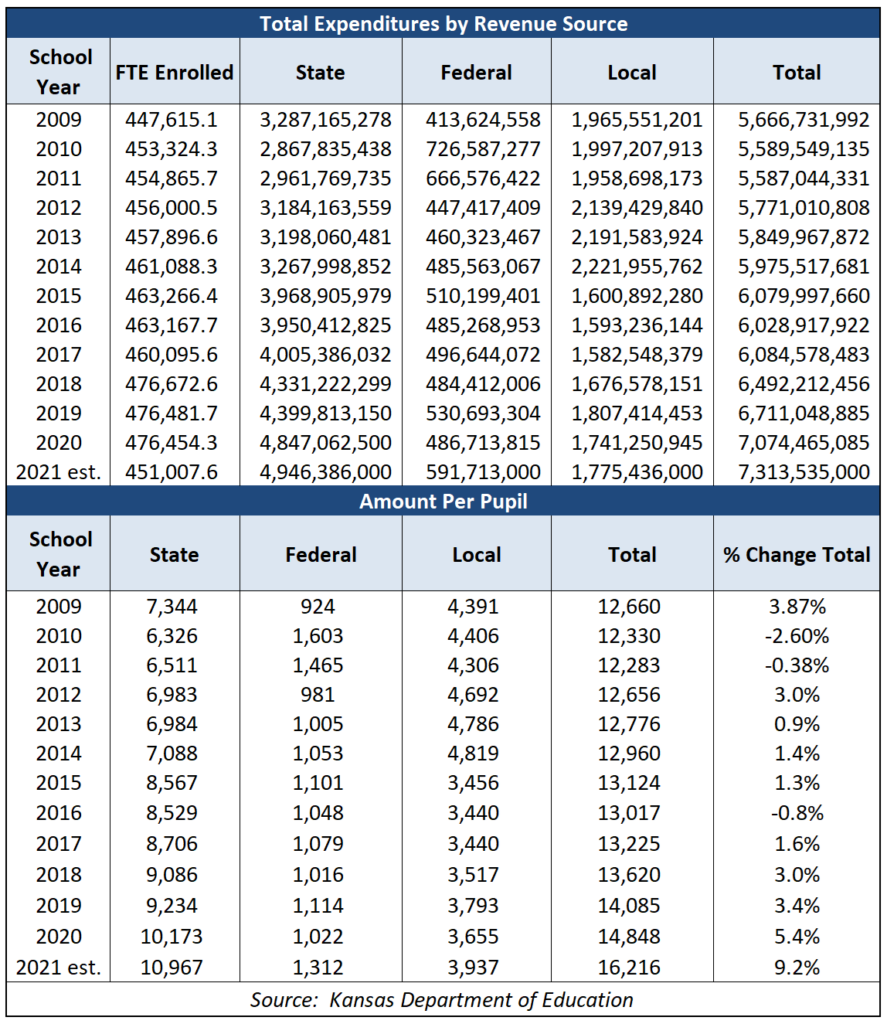 The State of Kansas is set to receive almost $1.6 billion in additional federal funding over the next twelve months from the latest stimulus plan.  There will also be $830 million in K-12 funding distributed to school districts and the Department of Education.  Both amounts are on top of hundreds of millions in extra federal funding received by the State and schools last year.

Gannon: federal funds should be considered in total funding

Kelly also implied that the funding swap would violate the court-ordered K-12 funding scheme, but the Supreme Court’s March 2014 ruling in Gannon v. State of Kansas says “…funds from all available resources, including grants and federal assistance, should be considered.”

Attorney and former Speaker of the House Mike O’Neal says the court clearly said it was not concerned about the source of K-12 funding.

“The Court’s decision in Gannon made it clear that the Court was concerned about total funds not the source of funds. There is clear precedent for using federal relief funds to free up SGF funds for K-12 from two previous Kansas governors of Gov. Kelly’s own party.  The claim that the Legislature is proposing funding cuts to K-12 is patently false and such ongoing claims of K-12 cuts are growing increasingly tiresome.”

Kathleen Sebelius recommended using federal ARRA stimulus funds in February 2009 to backfill a reduction in base state aid, and Mark Parkinson did the same later that year after taking over as governor.