There were 27 pay periods last year compared to the normal 26 pay periods the year before, which is factored out in the column headed ‘Net Change 26 Pays’ in the table below. 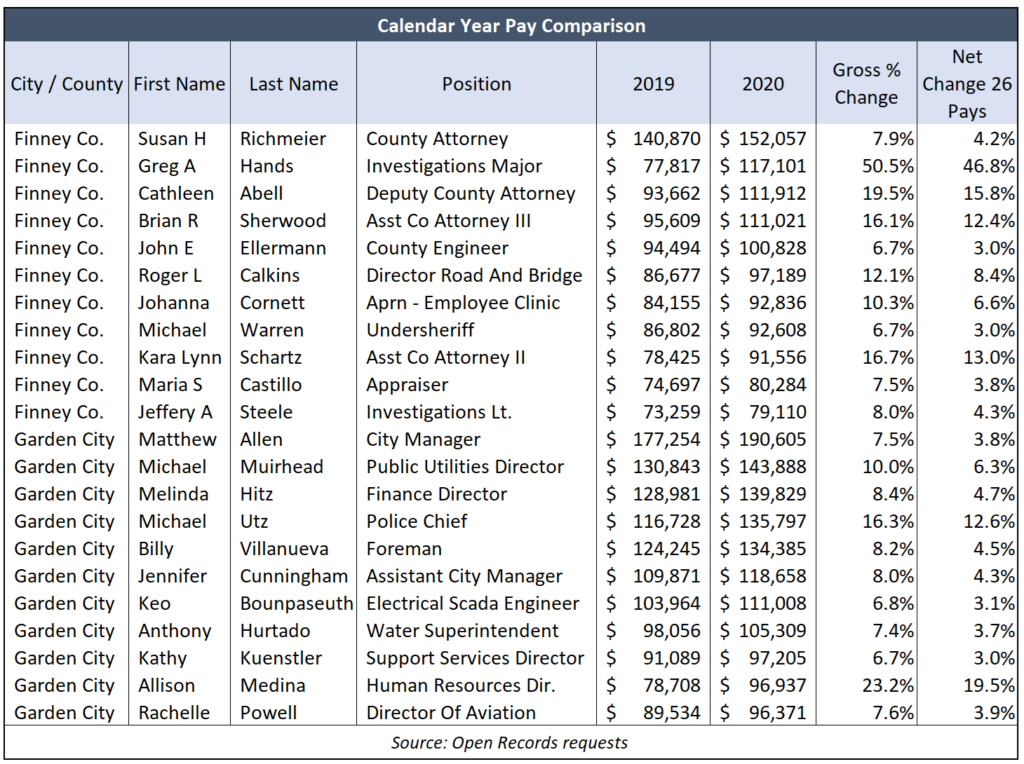 The largest increase among Garden City’s highest-paid employees went to Human Resources Director Allison Medina; her compensation of $96,937 was a net increase of 19.5%.  Police Chief Michael Utz received the second-highest of 12.6% and was paid $135,797.

County Attorney Susan Richmeier was the highest-paid employee in Finney County, earning $152,057 last year, for a net increase of about 4%.  Several people received unexplained and unusual increases, including Investigations Major Gregory Hands, who was paid $117,101 or almost 47% (net) more than last year