The electric cooperatives that serve approximately 500,000 mostly-rural customers in Kansas charge some of the highest rates in the state and some of the electric co-op CEOs are collecting hefty salaries that increase electric bills.  In fact, the chief executive officer of CMS Electric Cooperative in Meade was paid more than $1 million in 2018.

As of 2018, the last year for which the Sentinel has figures from tax returns, GM/CEO Kirk Thompson’s total compensation was $1,088,374 for leading a company with about 5,800 customers. 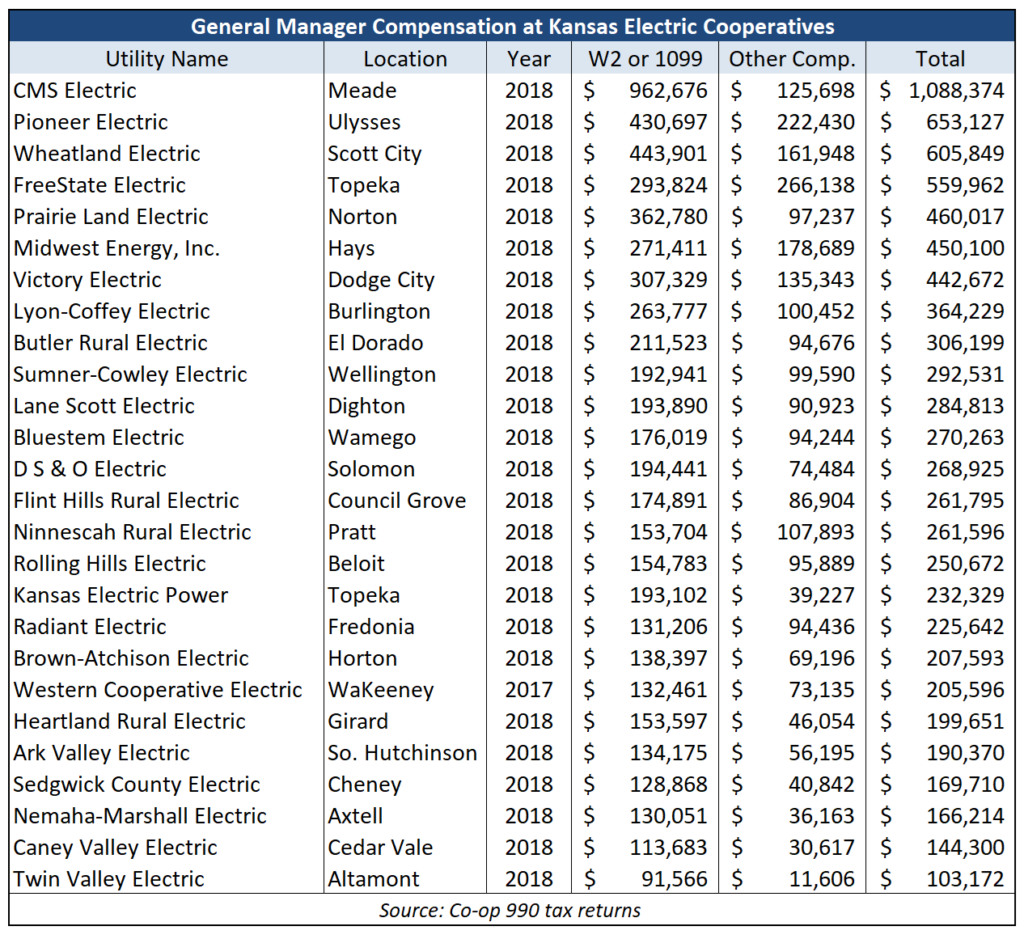 Steven Foss, CEO of FreeState Electric with offices in McLouth and Topeka, was paid just shy of $560,000.  Prairie Land Electric of Norton paid its CEO $460,000 and Patrick Parke, CEO of Midwest Energy in Hays collected $450,000.

According to a recent study of 2018 energy prices prepared by London Economics for the Kansas Legislature, Kansas has some of the highest electricity prices in the region — particularly among co-ops.

“The average electricity prices in Kansas were higher by 20% to 36% than the regional average, depending on customer type,” the study read. The largest difference to the regional average (36%) was for industrial customers. Co-ops in Kansas also have the highest average electricity price for commercial customers in the region. The high electric rates are not just an issue for consumers, but a problem for economic development as well. 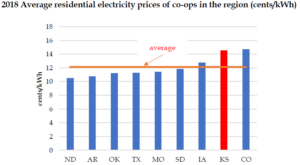 Figure 80 from the study shows the average residential rate of 14.5 cents per kilowatt-hour charged by Kansas electric co-ops is much higher than co-ops in regional states, except Colorado, which is just a bit higher. 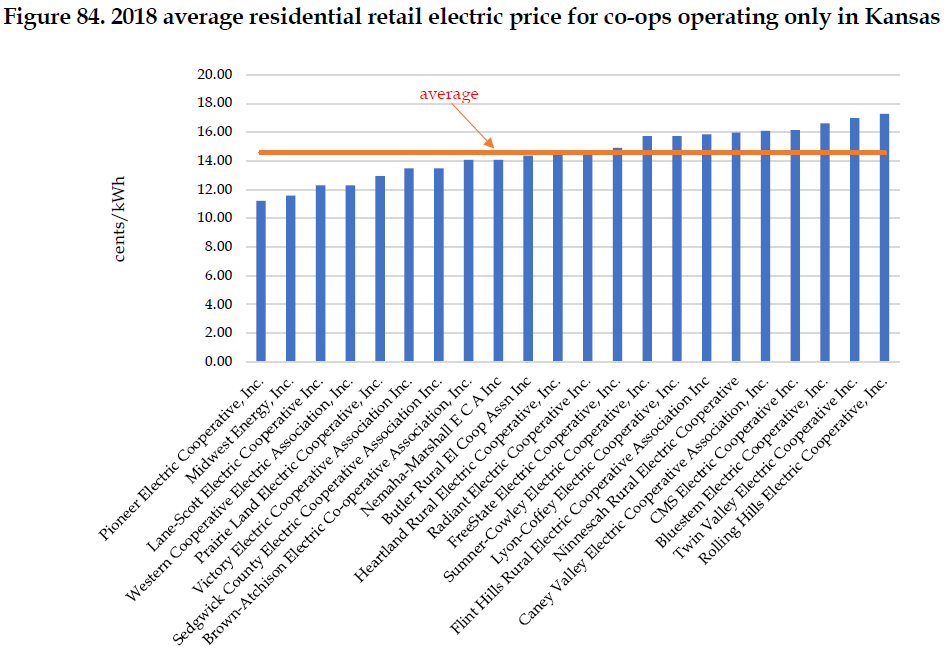 Kansas co-ops have the highest average commercial rate and the second-highest industrial rate in the region, which creates major barriers to economic development. 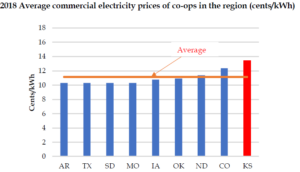 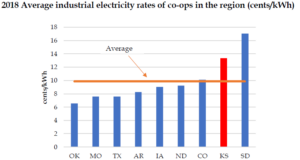 Indeed, in January of 2020, the Sentinel reported that high rates were driving businesses out of the state.

Jim Zakoura of Kansas Industrial Consumers Group and Kansans for Lower Electric Rates said in an interview at the time that “It’s not sustainable for Kansas to have the highest electric rates in the region. This is foundational to our state.”

“Where do you think they’re going?” Zakoura said. “There’s only a handful of businesses who wouldn’t think a $5 million difference in electric rates wasn’t significant.”

High co-op rates are especially challenging for the state’s oil and gas industry. An April editorial by Ed Cross, president of the Kansas Independent Oil and Gas Association, says there were about 118,000 jobs associated with the state’s 41,000 wells prior to the pandemic.

“We need to find a solution to the burden of high electric rates. Kansas rates are the highest in our region and Kansas consumers spend more than $1 billion per year more on electricity than just 10 years ago. With electric costs that are 30-50% of expenses, oil wells in rural Kansas could run for many years longer with more competitive electricity prices. Who will be left to absorb the high fixed costs that burden rates? Oklahoma rates can be more than 50% less than in Kansas.”

The implications of oil wells shutting down extend far beyond the owners and workers.  Oil wells contribute significant amounts of property tax to cities, counties, and school districts, and the state collected over $20 million in oil severance tax last year.

Like municipally-owned utilities, co-ops are not regulated by the Kansas Corporation Commission.

An investor-owned utility, like Evergy, that wishes to make a rate increase must first file a case with the KCC explaining why the increase is required, inform the consumers of the prospective increase and the KCC must then hold public hearings prior to making a determination on any increase. Additionally, any consumer with a problem with their utility has recourse to the KCC if the utility does not resolve the complaint.

Utilities that fall outside of the KCC’s remit have no such oversight, and consumers have recourse only to the board of directors, not the State of Kansas.