Douglas County residents are being hammered by government-spending-induced inflation.  U.S. Census data show the county has almost 3,000 fewer residents than in 2019, and there were about 3,200 fewer jobs last year than in 2019, according to the Bureau of Labor Statistics.  Despite all this, elected officials are proposing double-digit property tax hikes.

County commissioners want a 10% tax increase, and Lawrence city council members want 12% more.  Not to be outdone, Baldwin City is pushing for an 18% hike.

For now, these outrageous tax hikes are just proposals.  Truth in Taxation legislation passed last year requires every entity that wants a tax increase to hold a public hearing so taxpayers can register their concerns, and then officials must vote on the entire tax increase they impose.  The hearings must be held between August 20 and September 20, and all the details are in the table below.

Fortunately, officials in Lecompton and Palmyra townships are putting taxpayers’ interests first with proposals to hold property taxes flat, as are officials in all four drainage districts.  Hundreds of taxing authorities across Kansas are doing the same, demonstrating that it can be done if elected officials want to put taxpayers first.

These hearings are your opportunity to let elected officials know what you think.  Don’t waste it. 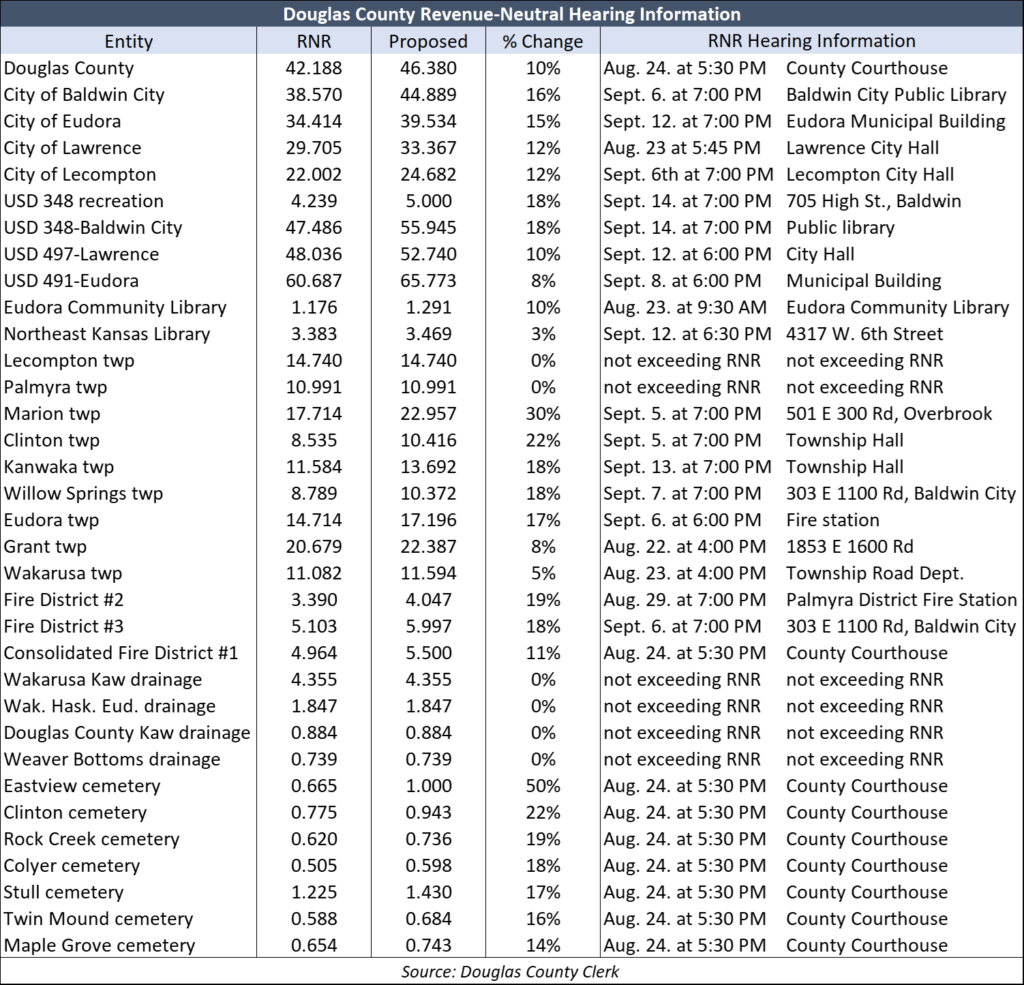