Governor Kelly and her tax council say a balanced 3-legged stool theory, with equal amounts of income, sales, and property tax provides better stability for government, but tax experts call it a scheme to justify a $1 billion income tax hike.

The tax council recommendations notes, “ During the past few months, the Council found evidence that the state’s current tax policy has an imbalanced tax structure with income taxes and property taxes being significantly out of balance.”

According to Kansas Legislative Research, income tax makes up 26.5% of all the state and local tax revenue in Kansas. Sales, Use, and Excise equates to 32.8%. Property tax comprises 34.4%. At the December meeting of the tax council Janis Lee, the council co-chair and former state senator, read from an op-ed she received from Governor Kelly that touted the balance of the three-legged stool approach.

“The council should affirm the three-legged stool for Kansas tax policy. Balance and diversity in taxes, ensure lower tax rates overall, reduce competition with other states and promote fairness based income,” says Lee.

The recommendations don’t quantify the imbalance or suggest what action should be taken but state and local property tax totaled $5.5 billion in FY 2019, which was about $1.2 billion more than state income taxes of $4.3 billion.

There has always been an imbalance in income, sales, and property tax in Kansas, so what’s the significance of the tax council suddenly ‘discovering’ it now? That’s just one of the questions the Sentinel wants to be answered but messages left with the Governor’s office and tax council co-chairs Steve Morris and Janice Lee were not returned.

Here are other questions (that aren’t being asked by other media):

Technically, they could propose cutting a tax to create balance, but since Governor Kelly appointed mostly state and local government officials to her council and they’re focused on finding ways to pay for more government spending, they are clearly looking for more tax revenue, not less.

Since the tax council is pretending to have ‘discovered’ an imbalance between income tax and property tax, its recommendation is most likely setting taxpayers up for a $1 billion income tax hike that will also conveniently resolve a long-term budget deficit of about the same amount.

So why the subterfuge?  Why not just admit the state has a budget deficit and the Governor wants an income tax hike to pay for it?

Dave Trabert, CEO of Kansas Policy Institute (the parent company of the Sentinel, says it’s all about election strategy.

“Telling the truth ahead of the 2020 election would be devasting for the legislators Governor Kelly needs in office to vote for the income tax increase.”

The myth of the 3-legged stool

Support for the mythical 3-legged stool came to prominence when Governor Sam Brownback said he wanted to eventually eliminate the state income tax.  Brownback opponents said a 3-legged tax approach was preferable but Trabert says they couldn’t provide any empirical evidence to justify their claim.

“On the contrary, the data shows government is better off with more reliance on sales tax than income tax.  My colleague, Michael Austin, writes that income tax fell 21% during the last recession but sales and use tax only declined by 5%.  Sales tax is a much more stable source of revenue for government because it’s less volatile.”

“The 3-legged stool isn’t tax policy; it’s a ruse to take more from the paychecks of hard-working Kansans.” 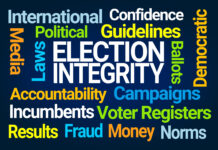