Nearly two-thirds of Kansas fourth-graders and 75% of Kansas 10th graders tested below grade level or needing remedial training in math, according to state assessment data published by the Kansas Department of Education.

“This is our perennial confirmation that spending more money does not actually help students achieve at higher levels and prepare them for success after school,” said James Franko, President of the Kansas Policy Institute. (KPI owns the Sentinel).

For more than a decade, Kansas lawmakers focused their attention on how much money schools received. In the meantime, student achievement has remained nearly flat and disturbingly low. 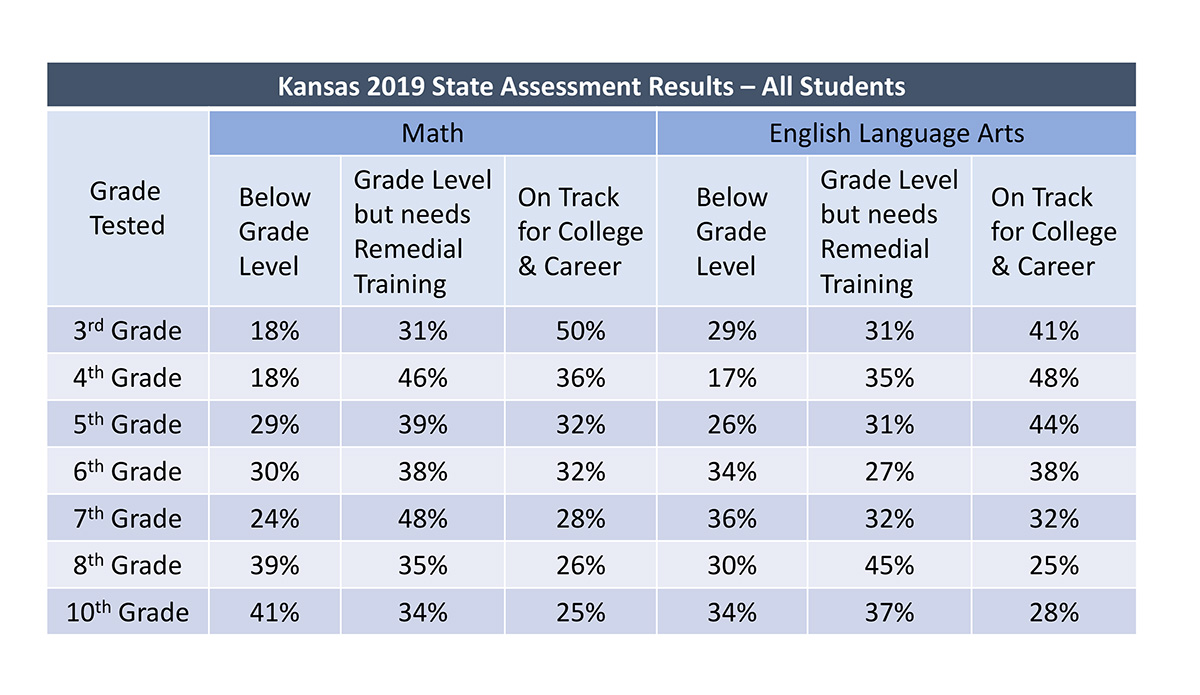 State Sen. Molly Baumgardner, R-Louisburg, told a select committee on education in 2017 that of the 65% of Kansas high school graduates who go on to college, nearly 40% require remedial training. She said that’s even true of students from affluent areas. At the time, she noted that 58% of the recent high school graduates who attended Johnson County Community College required remedial training.

She noted that local taxpayers foot the bill for high school students to learn those things and then they subsidize the same courses for potentially the same students a second time at the junior college.

Finding solutions to improving student outcomes is difficult, however.

Since the latest state assessment scores were released, Williams says she’s been asking her local school officials what can be done to catch struggling students early and provide interventions.

In the meantime, she’s hoping to increase transparency so parents, taxpayers, and officials know how students are faring in school.