According to the Tax Foundation 2020 mid-year sales tax ranking, Kansas has the ninth-highest combined state and local sales tax rate in the nation at 8.68%.  The state rate is 6.5%; the average local rate is 2.68%, but some local rates exceed 4%.  Last year, Kansas was ranked #8 with a slightly lower rate of 8.67%. 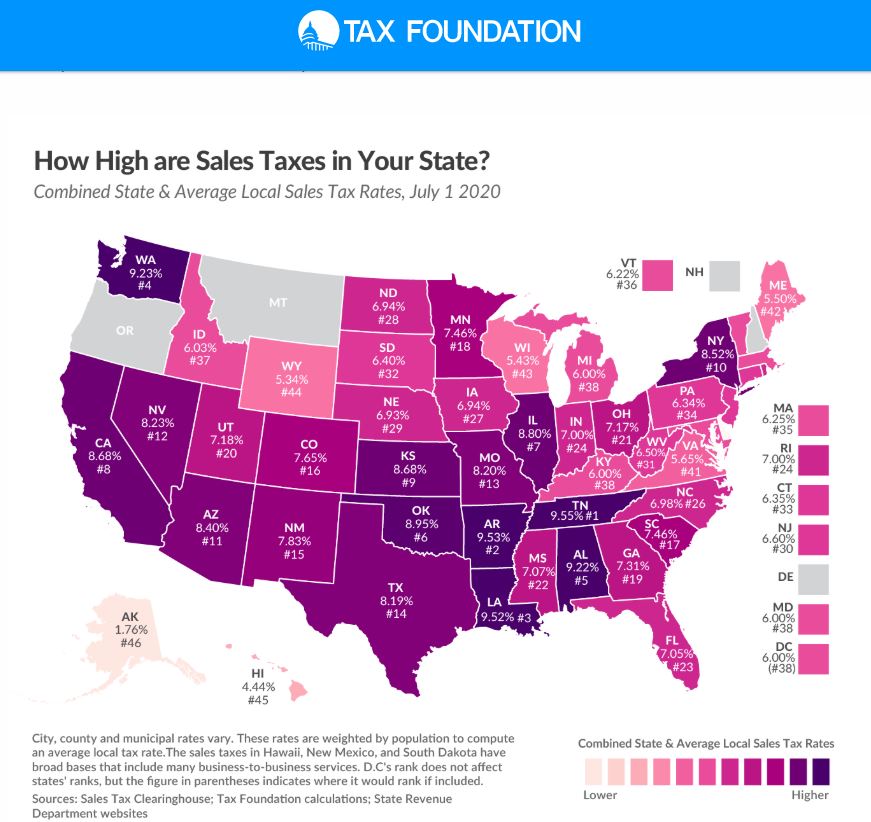 Five states — Alaska, Delaware, New Hampshire, and Oregon have no state sales taxes, although Alaska does allow the collection of local sales taxes.  Interestingly, Alaska and New Hampshire also do not have a state income tax.

Missouri is close to Kansas at 8.2% but the state also taxes food at a much lower rate of just over 1.2%. Kansas makes no provision for lower taxes on foodstuffs. Of other surrounding states, only Oklahoma is higher at 8.95%, but Oklahoma law also makes it more difficult to raise property taxes, meaning sales taxes take on more significance for local governments, but Oklahoma also has a special, lower sales tax rate for food.

Certain states — Texas being a notable example — also ranked high on the list, but do not have a state income tax. Texas ranked 14th at 8.19%, but those sales taxes are generally substantially offset by the lack of a state income deduction. The top marginal rate in Kansas is 5.7 percent, and some shoppers in Kansas can pay more than 10 percent on sales taxes.

The Tax Foundation also noted that “Avoidance of sales tax is most likely to occur in areas where there is a significant difference between jurisdictions’ rates. Research indicates that consumers can and do leave high-tax areas to make major purchases in low-tax areas, such as from cities to suburbs.

“At the statewide level, businesses sometimes locate just outside the borders of high sales tax areas to avoid being subjected to their rates”

This not only costs state and local tax revenue but with roughly 50 percent of the Kansas population within easy driving distance of border states with lower taxes, it hurts local businesses as well. 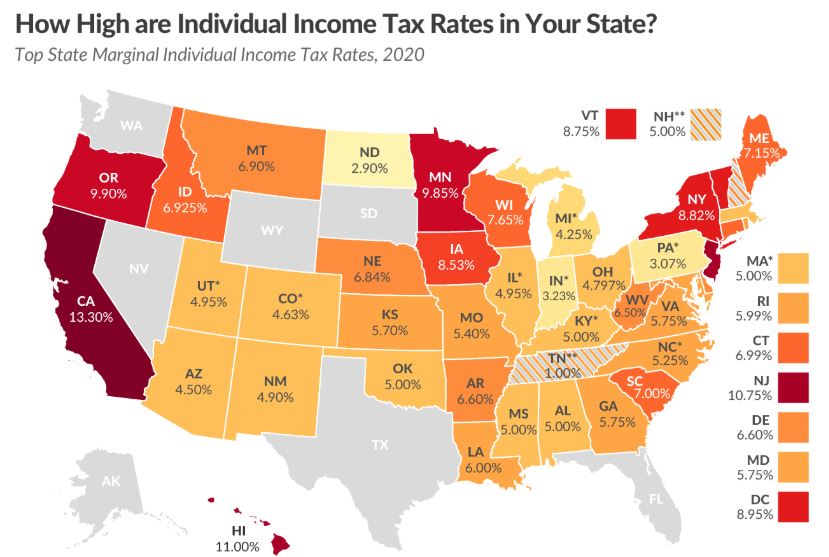 Dave Trabert, CEO of Kansas Policy Institute (the Sentinel’s owner) says tax rates are a direct reflection of how much cities, counties, and states choose to spend.

KPI’s Green Book shows Kansas has some of the highest effective property tax rates in the nation, which Trabert also attributes to excessive local government spending.