While many residents were struggling to pay bills last year, some of the highest-paid employees of the Unified Government of Wyandotte County had unusual pay increases in 2020.  Mayor/CEO David Alvey and county commissioners didn’t respond to the Sentinel’s request for comment.

As explained in our review of Johnson County pay increases,  the amounts listed below include salary, hourly wages, bonuses, overtime, sick leave and vacation payouts, and other compensation but not benefits.   Gross pay increases were artificially inflated by having 27 pay periods in 2020 compared to 26 pay periods in 2019, so the numbers in Net Change 26 Pay factor out the extra pay period.

A few of the highest-paid employees earned less on a 26-pay basis, including Wyandotte County Administrator Doug Bach. 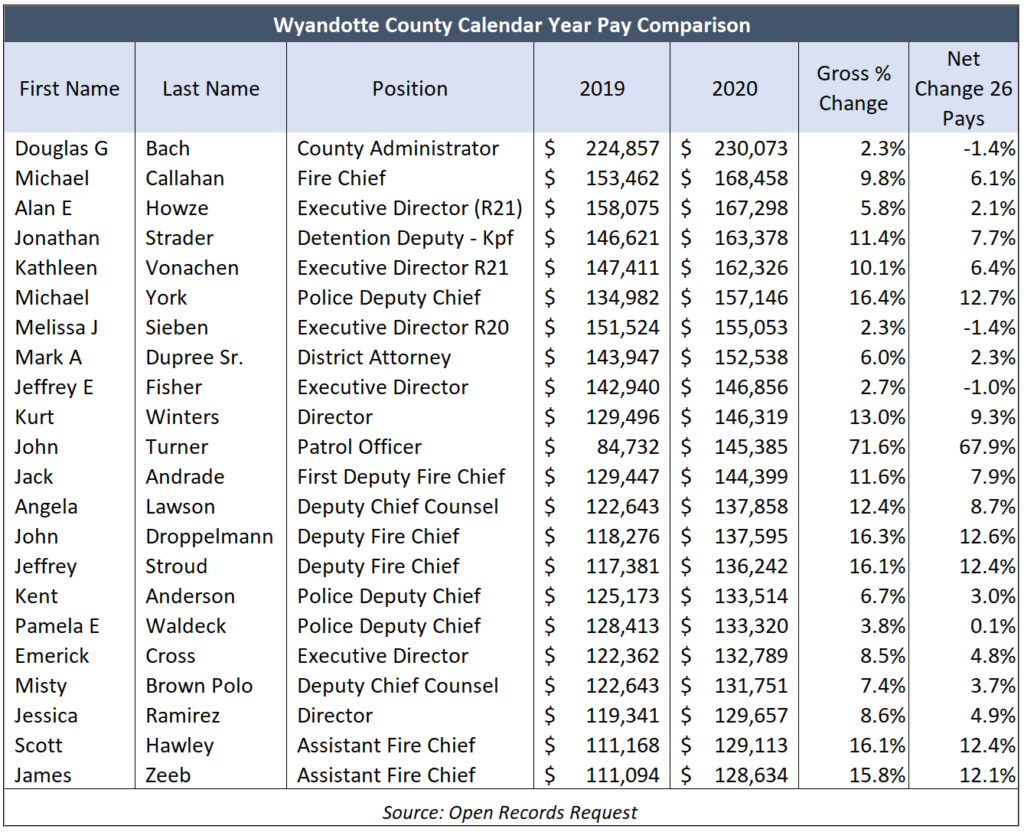 The complete payroll listing for all Wyandotte County employees is at KansasOpenGov.org.  KansasOpenGov is operated by the Sentinel’s owner, Kansas Policy Institute.