The median household in Kansas pays $6,924 annually in state and local taxes for an effective rate of more than 12 percent.

According to Wallet Hub, taxpayers in the most tax-expensive states pay three times more than those in the cheapest states, though low income taxes don’t always mean low taxes as whole. But it helps. Texas doesn’t have an income tax, but its property owners pay one of the highest real estate taxes in the country. Texas’ effective state and local tax rate is 11.04 percent, or 12 spots better than the Sunflower State.

Like Kansas, high tax states also feature prominently on the United Van Lines annual migration study. That study shows which states have the highest number of residents moving out. In 2017, Illinois topped the list of states with the highest out-migration, followed by New Jersey, New York, Connecticut and then Kansas.

The good news is that because living in Kansas is less expensive than living in New York, the Sunflower State’s tax burden ranks 28th in the nation when cost of living is considered. Most of the states that border Kansas boast lower state-and-local tax burdens. The median Missouri household pays $6,291 in state and local taxes. In Oklahoma, the number is $5,993, while the media household in Colorado pays $5,170 annually. Nebraska is a different story, however. Its median household pays $7,712 in state and local taxes for the 49th highest tax burden of the 50 states and the District of Columbia.

As one of Wallet Hub’s researchers told a Topeka news station, “Kansas could do a lot better, actually. It ranked 40th out of all 50 places plus D.C. That is not necessarily good… The annual state and local taxes on the median household there equal $7,000 per year. In real dollars, that’s a lot. It’s more than twice what the best states are.” 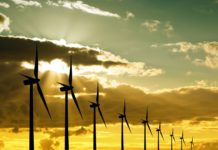