A recent audit of economic development “incentive” programs by the Kansas Legislative Division of Post Audit found that — while incentives may generate positive returns for developers — they do not generate enough tax revenue to cover their costs.

These programs are meant to promote economic development in the Sunflower State and incentivize businesses to move to Kansas, create or retain jobs, pay a higher-than-average wage, or make capital investments. In return, businesses earn financial benefits.

All of the incentives are funded with state dollars or through foregone revenues. JCF, KIT, and KIR spend state funds to make cash payments to businesses. HPIP and PEAK reduce state tax revenues — all in the hope the programs will return economic benefits to the state.

According to a story by the Kansas Reflector, the evaluation was ordered in June by a joint committee of the House and Senate “due to skepticism among some legislators with the state government’s use of tax credits or exemptions, or direct expenditure of state funds, to convince businesses to make capital investments or create jobs in Kansas.”

This was, at least in part, in response to Gov. Laura Kelly, who won reelection in November and often touted her success in pursuing new jobs, including a $4 billion Panasonic battery plant for De Soto while on the campaign trail.

During a briefing, legislative auditor Josh Luthi said the programs were “generally successful,” even though none of the 28 projects they audited are projected to deliver enough new sales, property, or income taxes to cover the direct costs or foregone revenue — 23 were projected to yield profits to the developers, however.

Rep Kristy Williams (R-Augusta) noted that there are an estimated 2.5 available jobs for every Kansan actively seeking one.

“Are you concerned that further incentives are going to not drive more people into Kansas, but to move Kansans from one job to another?” she said.

Indeed, one study of another incentive program, Sales Tax and Revenue (STAR) Bonds — a tool intended to help Kansas municipalities finance the development of major commercial, entertainment, and tourism projects — and, theoretically, paid off through increased sales tax revenue generated by the development simply failed to do what it was designed to do.

In fact, a 2020 analysis of STAR Bond projects in Wichita, commissioned by the Sentinel’s parent company, Kansas Policy Institute, found that they mostly shifted economic activity and jobs to other parts of the city rather than create any new jobs or activity.

Another academic analysis of the PEAK program by Professor Natha Jenkins concluded that recipients of PEAK incentives were no more likely to create jobs than other companies.

Commerce Dept. calls methodology ‘flawed’ but fails of oversight in other programs

The Reflector reported that the Commerce Department said, “the auditor’s process was flawed because it didn’t take into consideration the influence of construction jobs and capital expenditures flowing through the economy.

“In terms of the Panasonic facility, he said, there would be 16,000 construction jobs in the course of two years,” Bob North, chief counsel to the Department of Commerce, said. “If those jobs averaged $50,000 per year, he said, the auditors’ approach wouldn’t capture that significant fiscal impact.”

However, the Commerce Department has repeatedly obfuscated and ignored records requests from the Sentinel and the Kansas Chapter of the Americans for Prosperity Foundation.

In 2019, the Sentinel, filed a request for reports done internally or contracted out since January 2017 examining the efficacy of Promoting Employment Across Kansas (PEAK), TIF, STAR bonds, and High-Performance Incentive Program (HPIP) — some of the same programs recently audited. No records were ever received.

Moreover, a partially-filled request by AFPF-Kansas found a shocking failure of oversight by the department — particularly in the area of STAR bonds — where a 2021 study by Post Audit found the funded projects often failed to meet the tourism-related program goals. 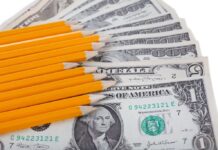