Most districts, including USD 329 Wabaunsee, saw proficiency levels decline between 2015 and 2017.  The decline continued in 2018 and 2019 for many districts, but Wabaunsee improved.  USD 329 didn’t suffer a decline like most districts on the post-pandemic 2021 state assessment, and 2022 brought more gains. 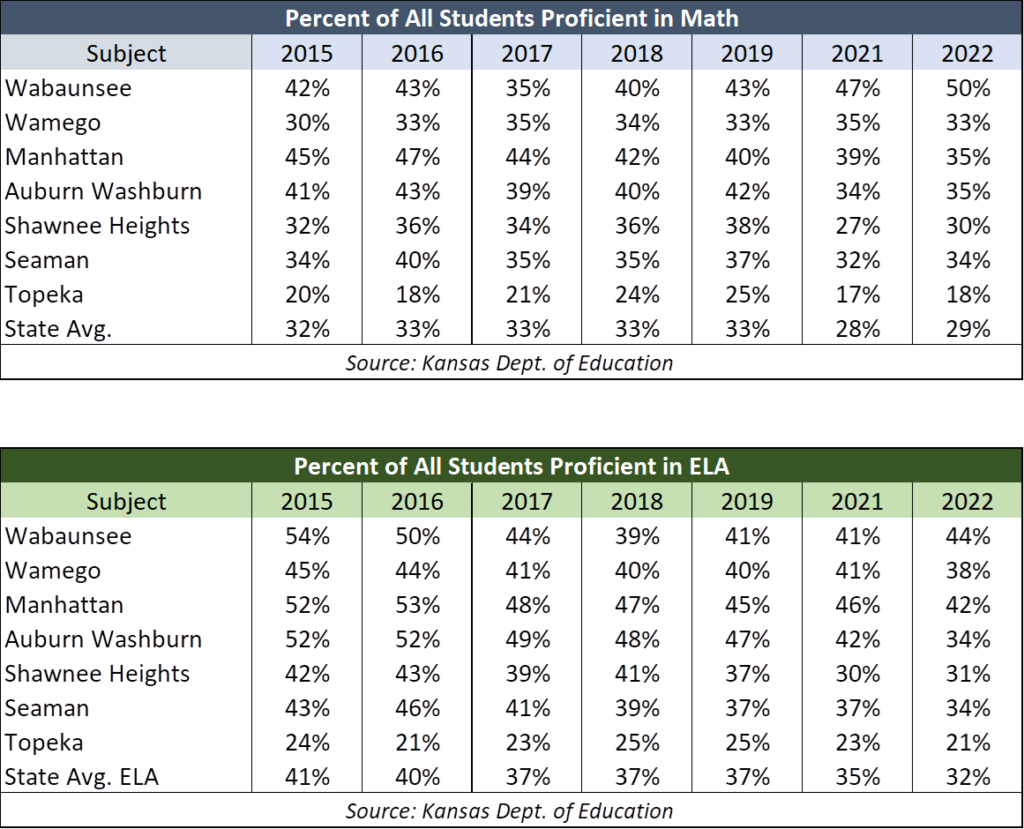 What is Wabaunsee doing right?

The Sentinel contacted Wabaunsee Superintendent Troy Pitsch, asking why he believes USD 329 is doing so much better than other districts.

Pitsch, who is in his first year at Wabaunsee, came to the district from the Kansas City, Kansas school district and previously in Texas, said he can’t take credit for what is going on in his schools but says it comes down to accountability, which he belives is significantly different from other schools in the region.

After several free-wheeling discussions covering a wide range of topics, Pitsch issued an invitation: “come visit us and see.”

The Sentinel accepted, and the discussion will take place at 1 p.m. on Friday, Nov. 4, 2022, in Wabaunsee. This reporter will be sitting down for a 12-person panel discussion involving one educator from each of the small, rural district’s four buildings, four community members, four students, parents, and a school board member to examine what factors are contributing to the district’s remarkable success.

The discussion will be live-streamed and anyone interested in watching may do so on the Kansas Policy Institute’s YouTube channel or on the Wabaunsee Schools channel.

The Sentinel is owned by KPI.

Steady declines across the state since the implementation of Kansans Can

Starting in 2016 and 2017, every district in the region showed reductions in proficiency, coinciding with the Kansas State Department of Education’s Kansans Can initiative.  As documented in Giving Kids a Fighting Chance with School Choice, KSDE began de-emphasizing academic improvement in 2016 and putting more emphasis on so-called Social Emotional Learning and other outcomes that do not measure academic preparation.

Now, only 29% of students in Kansas are proficient in math, and just 32% in English language arts.