Only a third of colleges and universities in Kansas are effectively teaching the science of reading, according to a new study by the National Council on Teacher Quality. “The state has made some progress for sure since the last time we looked at Kansas, but still only a third of their programs are fully teaching the science of reading,” said Kate Walsh, President of NCTQ.

Nationwide, just 26% of traditional elementary programs that achieved an “A” in for teaching the science of reading; 31% of Kansas university programs received an “A.” 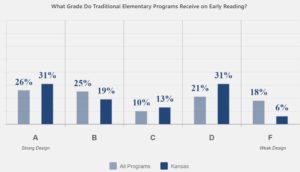 Kansas students’ reading proficiency on the National Assessment of Educational Progress (NAEP) declined last year; just 34% of 4th-graders and only 32% of 8th-graders are proficient. According to Walsh, the majority of students not learning how to read effectively are from minority groups. Walsh believes the lack of urgency to address reading issues would be erased if the failing students were white.

“If this were a situation where 2/3rd of white kids in the state weren’t learning how to read there would be a much greater sense of urgency.” Walsh continued “It’s not happening. We need to light a fire. And it is a problem.”

When asked to address why university programs in Kansas are not teaching the science of reading, Walsh says a lot of resistance comes from the science being rejected out of hand.

“The response we get is you have your science I have mine….There is a substantial percentage in teacher preparation who have rejected the science without even being very familiar with the science,” said Walsh.

A key area in teaching reading that is lacking nationwide, according to the study, is phonemic awareness – the ability to hear, identify and then manipulate sounds into words. It generally viewed as the first step to learning how to read, followed by phonics, fluency, vocabulary, and lastly comprehension. Only 51% of programs nationwide teach phonemic awareness, which is the lowest percentage of any of the key areas.

There is progress though. Since 2013, the number of schools receiving a grade of “A” nationwide has increased from 16% to 26%. The number of programs teaching phonemics increased in that same time frame from 35% to 51%. As Walsh sees it, until the science of reading is taught in teacher prep programs nationwide, students will continue to fail a basic life skill.

“What we doing is effectively turning our back on methods which would be life-altering for a big share of school kids.” Walsh continued, “If you can’t read life is not going to be kind to you.” 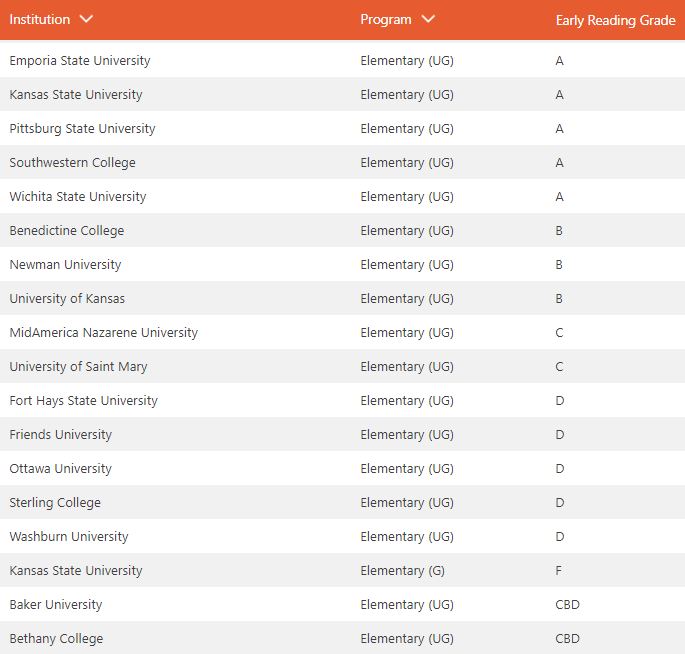