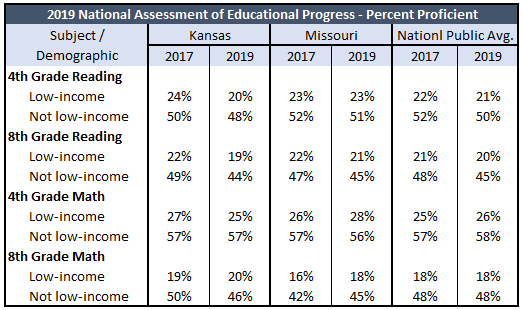 Missouri’s proficiency levels on the Nation’s Report Card ranked from #14 to #31 among the fifty states, while Kansas’ rankings ranged from #19 to #34.

Spending up, achievement down in Kansas

Kansas first participated in the Nation’s Report Card in 1998 on the reading assessment; 34% of 4th-graders (all students, no distinction for income levels) were proficient then and they are still at 34% in 2019.  Proficiency for 8th-grade students declined from 36% to 32%.

Spending, however, grew much faster than inflation.  Per-pupil spending in Kansas would have increased from about $7,000 to a little over $10,000 if increased for inflation but actual spending in 2019 was $14,085 according to the Kansas Department of Education. 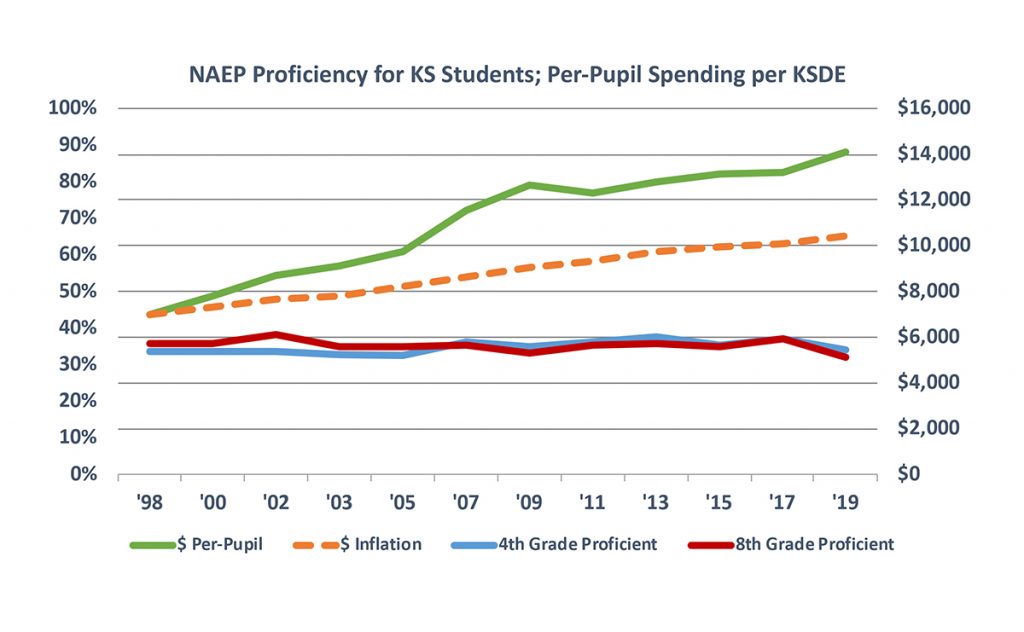 2019 average spending for Missouri isn’t known yet, but it’s traditionally less than Kansas.  The most current national comparison data from 2017 shows Kansas was at $13,196 per pupil compared to $12,067 in Missouri.