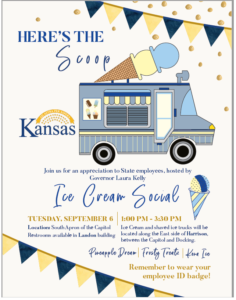 According to screenshots of emails circulated to all Kansas Department of Health and Environment employees by KDHE Director Lamar C. Leon, and obtained by the Sentinel, on Sept. 6, 2022, Kelly hosted an ice cream social for all “executive branch” employees on the south apron of the Capitol.

All employees state-wide were also given two hours of administrative leave for the event.

The email from Leon to all KDHE employees stated, “The leave is a token of appreciation from the Governor, and employees who are not able or choose not to attend the Ice Cream Social may take these two hours of leave at some other time during the week of Labor Day.” 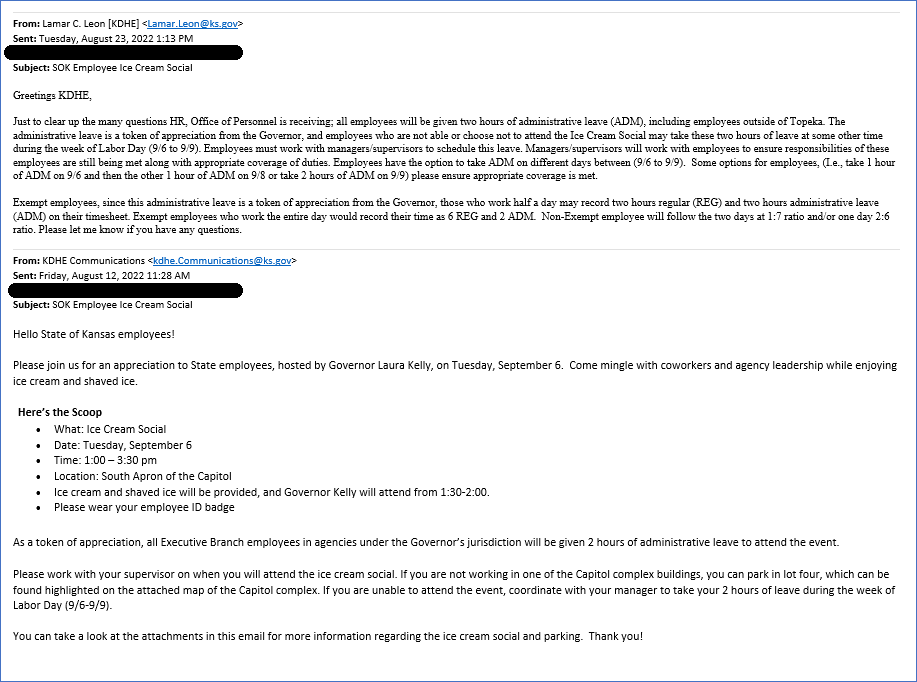 Kelly, KDHE won’t say if it was a campaign event

The Sentinel reached out to Kelly spokeswoman Brianna Johnson, as well as directly to Leon, asking if the emails, as provided to the Sentinel, were accurate, if the governor personally or her campaign paid for the food or if the cost was being borne by the taxpayers. Naturally, the cost of the extra leave for state employees falls on the public.

The Sentinel also asked if this came out of state coffers, what was the justification for giving public employees extra time off and paying for ice cream?

The Sentinel, as a matter of policy, always requests delivery and read receipts on emails to government sources.  Johnson received the email but did not read it; Leon both received and read the email.