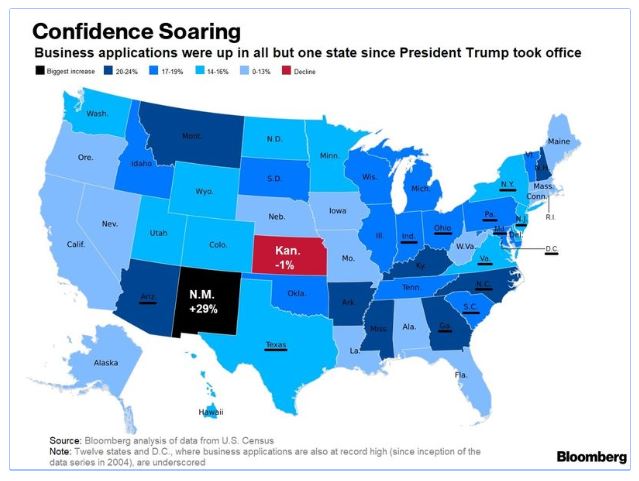 Lynn believes the lack of new business growth is tied to the cost of doing business in the state.

“I hear just a lot about the overall burden of cost in the state. It is not just tax burdens, but housing has gone up too,” says Lynn. “I would say probably the main culprit is the overall tax burden.”

Almost simultaneous with President Trump taking office, Kansas legislators stuck citizens and most small businesses with the largest tax increase in state history.  Pass-through businesses taxed as individuals had been exempt from state income tax from 2013 to 2016, but that exemption went away in 2017; marginal tax rates also jumped in 2017 and again in 2018.

Total General Fund tax collections jumped 21% in 2017, going from $5.8 billion to a little over $7 billion.  Tax revenue rose to almost $7.5 billion this year, with almost all of the increase coming from an 11% jump in income tax collections. 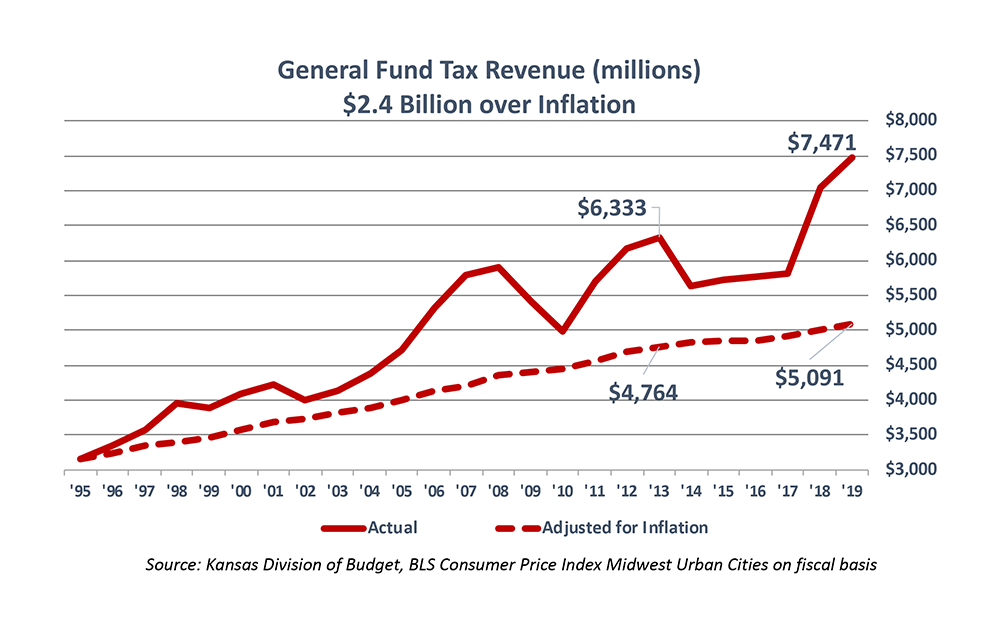 “When we spend too much, obviously we have to get it from somewhere. You either rob Peter to pay Paul or you raise taxes,” says Lynn. 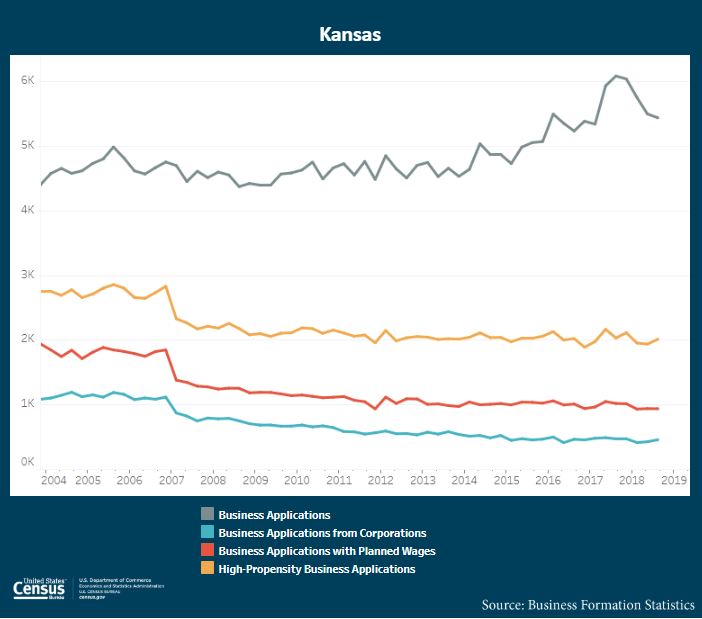 Yet, when Kansas new business applications are looked at within this time period there is a bell curve of growth that peaked in mid-late 2017. The growth evaporated by the first quarter of 2019. Lynn feels this has to do with too much red tape to start a business in Kansas.

“You have a focus in Kansas on growing government,” says Lynn. “There is a regulatory burden.”