Florida students are making gains in reading and math at a faster rate than the national average as well as Kansas students, and they’re doing it while spending a lot less money 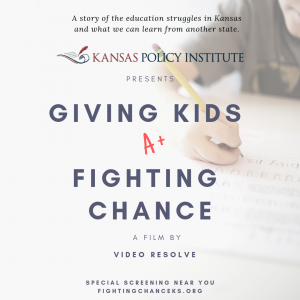 per pupil. Florida’s education turnaround began 20 years ago, and Kansas Policy Institute, which owns The Sentinel, commissioned the filming of a documentary, “Giving Kids a Fighting Chance,” to showcase what Florida did differently.

“This was a great opportunity to show what’s possible in reforming education with real examples from another state that is helping its most at-risk kids succeed in the classroom,” James Franko, KPI president, said.

In 2003, Kansas students bested Florida students in six of eight categories on the gold standard in educational tests, the National Assessment of Educational Progress, or NAEP, which is given bi-annually. By 2017 (the 2019 results will be released on October 30), the results had flipped and Florida students outpaced their Kansas counterparts in six of eight categories.  Franko says KPI uses 2003 for comparison because the Kansas Department of Education says the comparison of Kansas results on NAEP since 2003 is valid and reliable.

“It’s directly flipped. We’re going to be exploring what Florida is doing to drive that achievement. Kansas has remained flat in achievement while mostly focusing on education lawsuits,” Franko said. 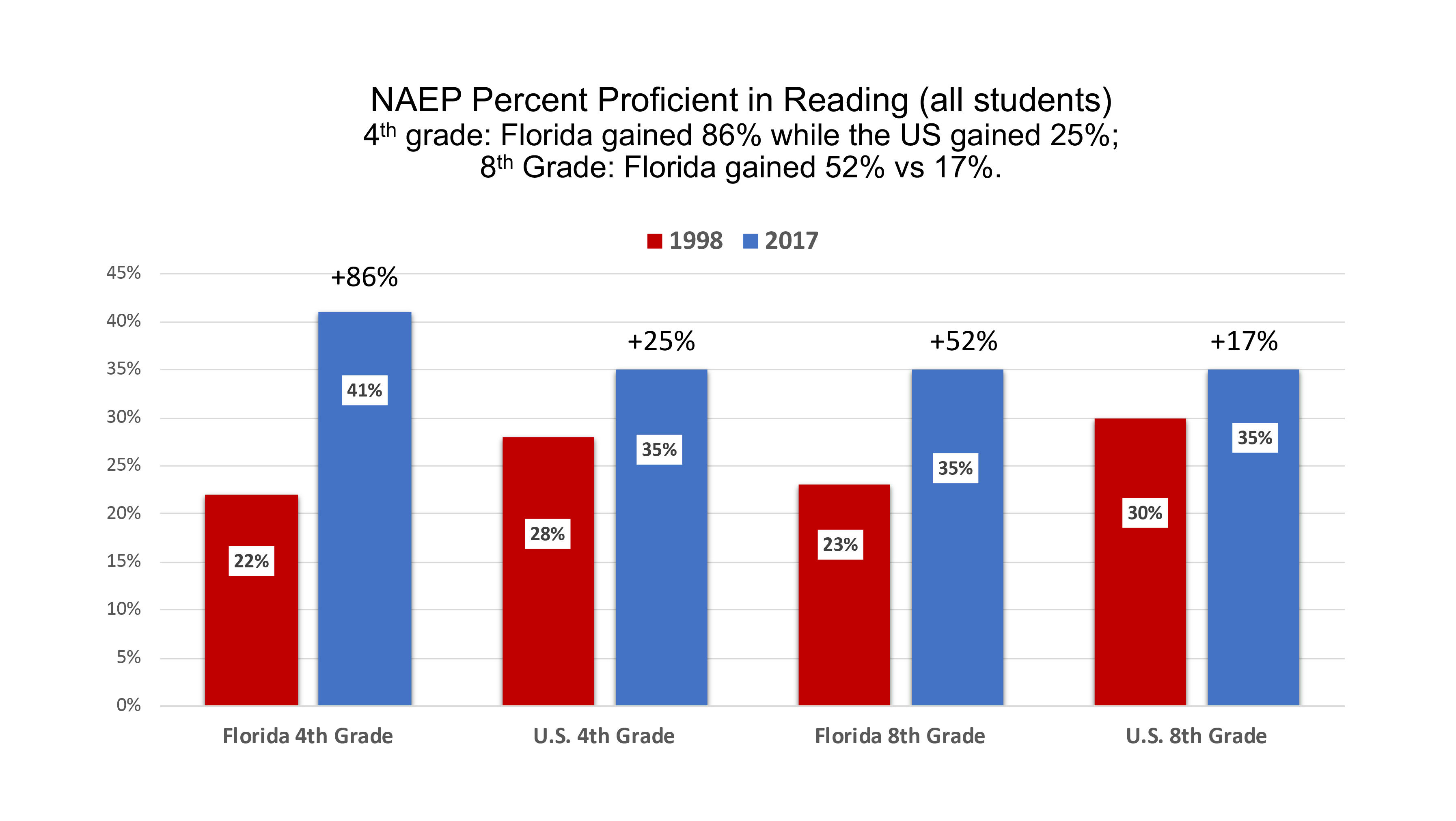 NAEP assessments are known as the nation’s report card. Mandated by Congress, the tests measure student achievement in math, reading, science, and writing. Fourth-graders and eighth-graders across the country are tested in math and reading every other year.

“In 1999, I got a chance to implement probably the most meaningful suite of reforms that the country had seen,” former Florida Gov. Jeb Bush says in the documentary. “What are you doing if you’re not reforming to ensure that the next generation has a fighting chance in this incredibly challenging and competitive world that we’re moving towards?”

Bush lead the most dramatic education turnaround in a state in the nation’s recent history, according to Franko.

“It’s worth looking at what Florida did,” he said. That’s in part because spending doesn’t explain the difference in the growth in achievement.

In addition to speaking with Florida policymakers, filmmakers traveled around the Sunshine State interviewing parents and educators who benefitted from the education reforms. In Kansas, they spoke to people about the Sunflower State’s education system and efforts to boost student achievement.

“We’ve talked about the example of Florida for years, and this is just another way to continue that conversation and reach new audiences with KPI’s first documentary effort,” Franko said.

The documentary run time is about 15 minutes. After the screenings, KPI will host a discussion with Gerard Robinson, a former commissioner of education in Florida. During his tenure, Florida students reached new achievement levels in reading and mathematics for the first time in a decade. Robinson will talk about his experiences as a leader in the efforts to craft policies for student-focused education in Florida.

For more information and to reserve tickets to an advanced screening, visit www.fightingchanceks.org.