As citizens are becoming increasingly frustrated with lingering shutdown orders, residents of the eight states whose governors didn’t shut them down continue to have better COVID outcomes. 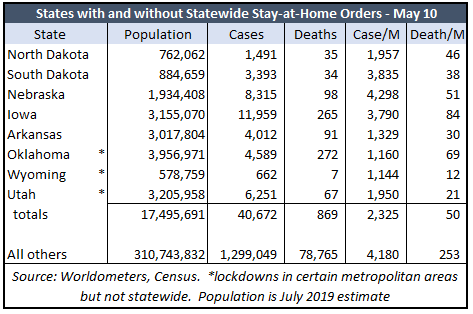 According to Worldometers.info, the states put on government-mandated lockdown have almost twice the rate of COVID cases per million of population (4,180 vs. 2,325); they also have more than five times the number of deaths per million (253 vs. 50).

South Dakota Governor Kristi Noem was criticized by national media for not having locked down her state after a breakout in a meatpacking facility, but the state is still below the national averages on both measures and with just 34 deaths, their mortality rate is 1%.  The national mortality rate is over 5%.

Trending down in Kansas 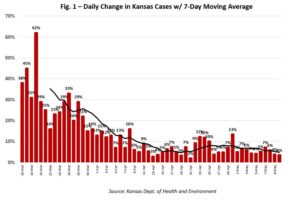 Johnson County, the state’s most populous, is seeing even greater declines.  The 7-day moving average is just 2.7%, and only 0.1% of the population is confirmed or probably has COVID.  KDHE began including ‘probably’ cases in its report of total COVID cases last week, which prompted the increase noted on May 7 in Figure 2 below. 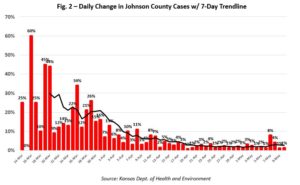 There are still 22 counties with no COVID cases reported, and another 23 counties have three or fewer cases.  Aside from the five most populous counties and four counties with outbreaks in meatpacking facilities, the 7-day moving average in the other 96 counties is just 3.2% and steadily trending down. 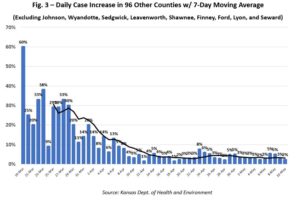 Statewide, less than one-quarter of one percent of the population is reported to have or probably have COVID.  It’s also noteworthy that counties with higher infection rates, like Finney and Ford, have very low mortality rates.  With only 4 deaths among 883 cases, Finney county’s mortality rate is 0.45%; Ford County’s rate is even lower, 0.27%. 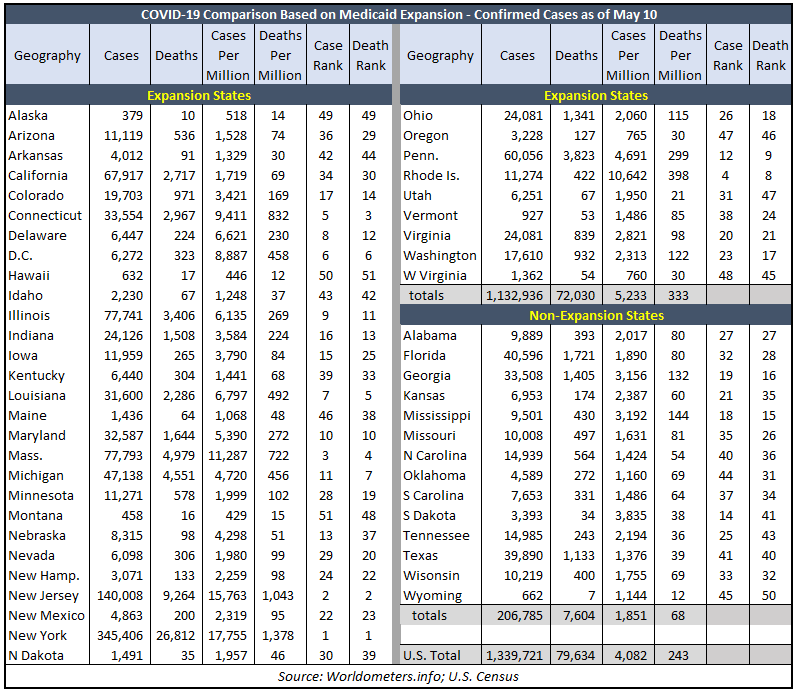