The Tax Credit for Low Income Students Scholarship Program is helping low-income students escape some of the worst-performing schools in Kansas, but a lack of students in two areas caused compliance issues, according to an examination by the Division of Legislative Post Audit (LPA).  The audit also noted that the program is growing rapidly toward its annual $10 million cap, which may soon need to be increased.

Scholarships are awarded by nine non-profit Scholarship Granting Organizations (SGOs) to low-income students to attend an accredited private school affiliated with one of the nine authorized SGOs in Kansas.  Contributors to the SGOs received a state income tax credit worth 70% of their gift, with a maximum annual gift of $500,000, and no more than $10 million in tax credits statewide may be claimed in any year.

SGOs must award 90% of their donations to eligible students within 36 months. The audit found two SGOs, The Independent School in Wichita and the Catholic Diocese of Salina, were “non-compliant” in the review period of 2018-2021 as they had not reached the 90% award level. Each cited restrictions in eligibility guidelines as the cause.

At the outset of the program, eligibility was confined to those students from the 100 poorest-performing schools in the state. The Independent School reported no applicants, and the Diocese school advised none of those 100 schools were in their geographic area. In 2021, eligibility was expanded to include students receiving free and reduced-price lunches, which, according to the Kansas Department of Education, amounts to more than 200,000 Kansas school kids.

That expanded eligibility made all the difference to Geoff Andrews, Superintendent of The Diocese School, who told The Sentinel, ”We’ll be fully compliant this year. We’ve awarded $171,000 to 29 students this year and plan to do the same next year.” 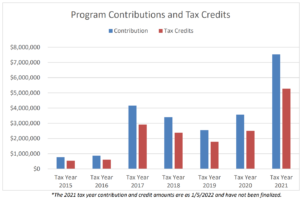 Tax credits for contributions surpassed $7 million in the 2021 tax year, and expanded eligibility will likely prompt more growth in the coming years.

The Independent School did not respond to our request for its 2022 results.

“This program is about helping some of our state’s neediest kids find the right educational opportunity. Our public schools work for many kids but low-income kids being 2-3 grade levels behind their peers clearly show that alternatives are necessary. The 2022 change to statewide eligibility is a gamechanger for more families in need of a different option while at the same time allowing SGOs to honor the intent of the program.” 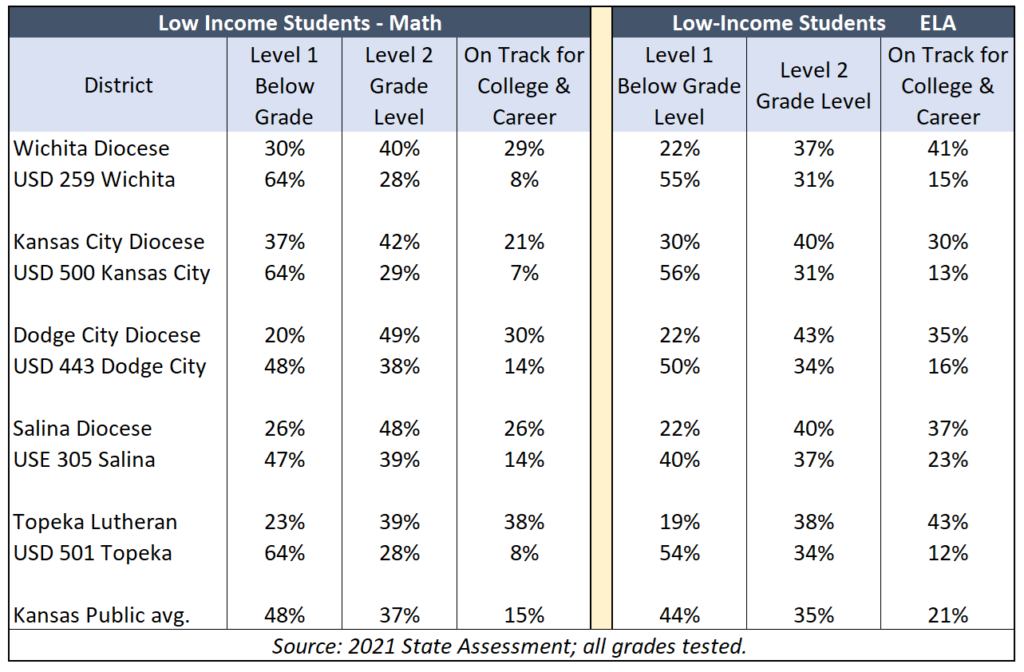 Education officials and others who oppose the tax credit scholarship program speak only of ‘fairness’ to the public school system while ignoring students’ need for better educational opportunities. 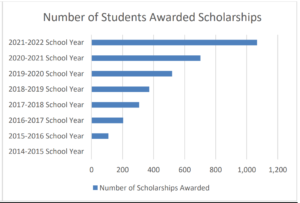 The money for the scholarship does not take money away from public schools, as Hoye claims, and public schools are constitutionally funded.  Her statement about accountability is also misleading.  Public schools are not held accountable for improving outcomes in any way, but parents paying tuition can remove their children if private schools don’t perform.

More than 1,000 low-income students are attending a private school this year, thanks to legislators and generous donors who provided the opportunity.