Pay increases given in 2020 to employees of the City of Wichita and Sedgwick County reflect a very different approach to spending taxpayer money.  Sedgwick County Manager Tom Stolz says economic uncertainty prompted the county to suspend planned increases in March and “no county employee received any sort of pay raise in the 2021 budget.”  Total payroll expenditures reported for Sedgwick County declined by about $565,000 but the real decline was larger; there were 27 pay periods last year compared to the normal 26 pay periods the year before.

But Wichita City Manager Bob Layton says the city gave out, on average, 4% pay increases to all City employees who were eligible for merit raises.  Total payroll expenditures were $8.5 million higher, for an increase of 4.7%. 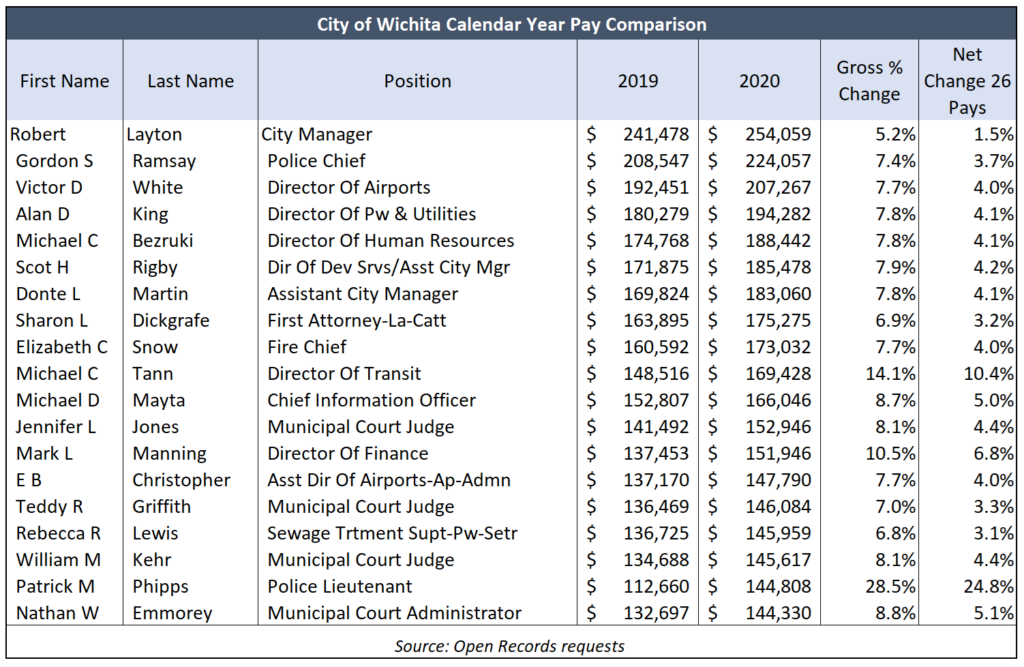 Layton attributes the other pay increases in the table below to the timing or amount of merit increases.

The complete gross payroll list for Wichita is here, and the overtime included in gross pay can be found here.

Stolz says Tania Cole, Tim Kaufman, and he “received promotions in 2019 and were placed out of “interim” status into permanent positions.”  Larry Tagney’s increase includes over $30,000 in vacation and sick leave payouts due to his retirement, according to Stolz. 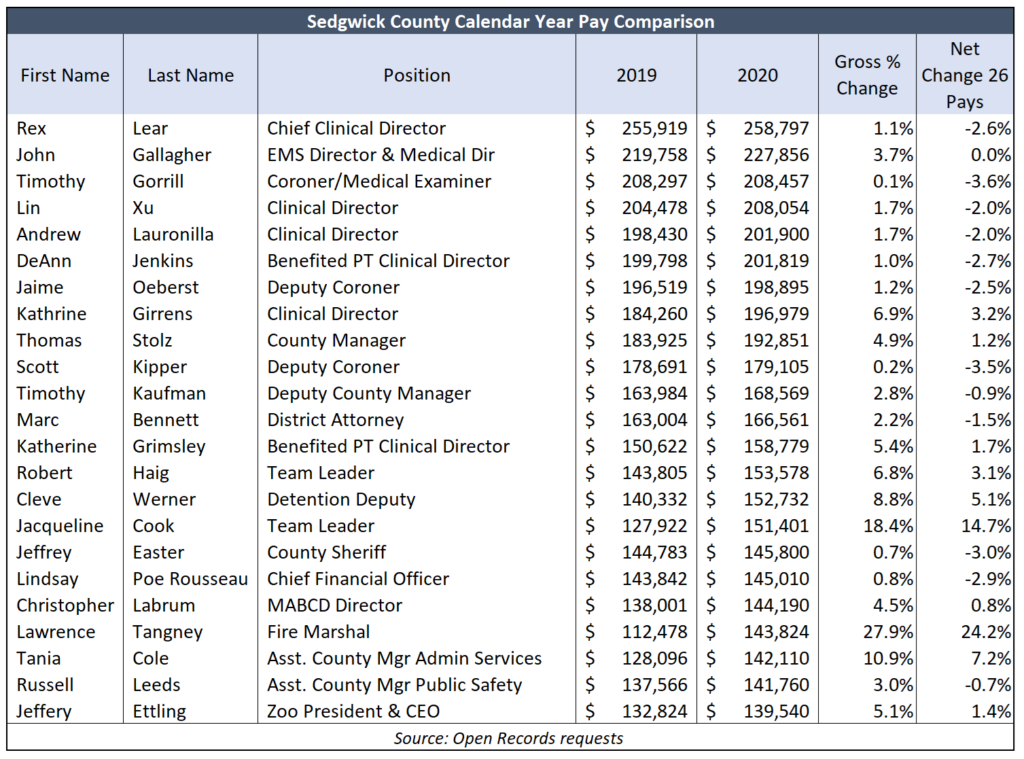 “It was a very difficult decision to hold back and freeze compensation for county employees, many of whom are not compensated nearly as high as counterparts in other government jurisdictions around the state and region,” Stolz said.  “Management staff and our Board of County Commissioners felt like this was the responsible decision however, based on what was happening in our community.”

Johnson County residents were not so fortunate.

Postoak didn’t address pay increases for any individuals when asked for comment or the amount of merit pay increases that may have been given.  She attributed “some of the factors” for the large net pay increases to sick and vacation leave payouts, extra compensation for some employees serving in interim roles, and “bonuses earned by the extraordinary work performed to fight the pandemic”

The complete Johnson County payroll is here, and the overtime amounts included in gross pay are here.

Parks & Recreation is a separate entity in Johnson County; their gross pay listing is here, and the overtime amounts included in gross pay are here. 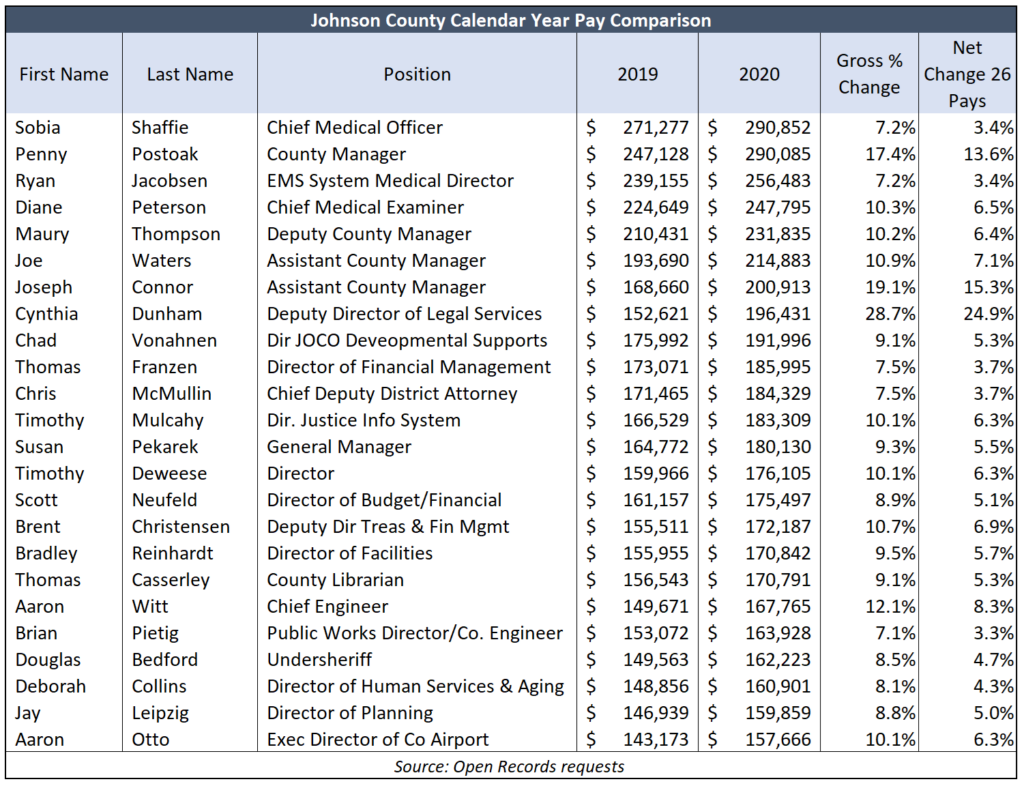