School funding advocates met at the Capitol in Topeka recently to make the case that special education in Kansas is underfunded.  But other testimony presented shows the Legislature’s funding exceeds schools’ spending.

State law requires that Kansas pay 92% of “excess costs,” which is determined by subtracting total spending from federal funding.

According to the Kansas Association of School Boards, the state only pays about 77% of excess costs, and the shortfall is about $160 million.

Those numbers are misleading, however, as the formula in state statute does not account for various “weightings” for which special ed students are eligible.  Weightings are additional funds for things like transportation, bilingual instruction, or at-risk students. 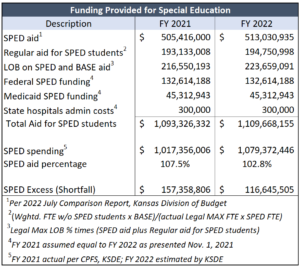 According to testimony from Dave Trabert, CEO of the Kansas Policy Institute — which owns the Sentinel — if base state aid, weightings and associated local option funding are added to the federal funding, special education funding in FY 2021 exceeded spending by $157 million. 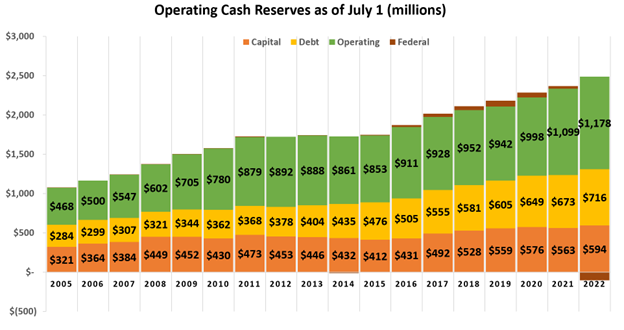 “At the very least, an increase in operating cash reserves indicates that school district operations were not negatively impacted by getting less special education aid than they believe is required,” Trabert said. “Changes in annual fund balances are like those in checking accounts; balances increase when more money is deposited than is spent.”

According to Trabert, there are indications that school accounting practices should be audited for accuracy.

KPI found such examples as:

“Our examination of the facts indicates there is no shortfall in school funding for special education or general education,” Trabert said. “Many students may not be getting the education they deserve, but it is not for a lack of funding.

“We encourage the Legislature to amend the special education formula so that all money is counted. We also recommend a Legislative Post Audit to ensure proper accounting of all special education expenditures.”