A brief debate on Twitter shows a Topeka Capital-Journal reporter calling out Gov. Sam Brownback and his staff about consumption taxes.

Austin’s op-ed uses hurdles as a metaphor for the race to economic gain.

“Kansas state government is funded primarily from sales and income tax. If these taxes could serve as hurdles on our way to financial gain, then is one better than the other?” Austin writes. “Using the example of hurdles may shed light on the need to fund state government with consumption taxes and less of a reliance on income taxes.”

Legislature and Brownback raised sales tax in 2015; wasn't part of Gov's proposal this year, however #ksleg

Austin tweeted that his editorial is educational.

@SchoonKC @jshormanCJ Some will yes, but this op-ed speaks in a general sense. Consumption taxes don't discourage the ability to save income

Austin wasn’t the only Brownback administration staff member to respond.

The op-ed does not advocate raising sales tax. Our position has long been replacing income tax with consumption tax. Nothing new here #ksleg https://t.co/cSwCoxvXmF 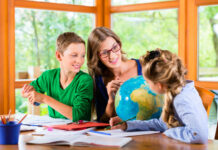