KCMO morning radio host Chris Stigall broke a lot of hearts when he left Kansas City for Philadelphia in 2010. Now a fixture in Philadelphia, and a frequent fill-in guest on national talk shows, Chris has taken the time to catch up Sentinel readers on his many excellent adventures.

When did you first get into talk radio?

Union Broadcasting moved me from their short lived FM 97.3 The Planet to their daytime frequency Hot Talk 1510 – I got my first full-time shot at a three hour talk show from 3-6 p.m. in the middle of 2004. George W. Bush and John Kerry’s race.

How did that happen?

Union Broadcasting President Chad Boeger knew my curiosity, interest, and real passion for radio was more in talking than in playing music. I got a sudden call that he’d made the decision to move me off the FM to develop my own show on their AM property.  It was a take it or leave it kind of proposition. The real beauty of working for a local company back then was their willingness to let me figure it out. Plus, it wasn’t like a massive commercial entity was in jeopardy. It was a station whose signal powered up and down with the sun and wasn’t particularly strong at that. Perfect place to experiment with a neophyte talk show host.

Did you ever think you’d make a career of it?

I only lasted at 1510 AM for a year and a half, or so. It was a budget issue. I had to leave radio because I knew I didn’t want to go back to being a DJ, but I’d only had a very limited time as a talk host. I shopped around, but to no avail. There were no openings, and I had a new baby…so I left radio. A year and a half later – I got an emergency call to fill in for a talk host who’d abruptly quit. That turned into a long-term fill-in position, which led to a job offer and a four year run on KCMO.

How hard was it to leave Kansas City?

Very tough. A lot of tears. I was thrilled and excited for the opportunity, but I was blessed to work in the same city in which I’d always lived. I knew all the people I needed to know in politics, local news, etc. Moving to Philly meant starting over entirely, in a city of strangers.

How does the Philadelphia experience compare?

Philadelphians love living in Philadelphia the way Kansas Citians love living in Kansas City. For such a big city, it’s extremely tight knit. Everyone speaks in terms of the neighborhoods and parishes in which they grew up and went to school. They love their sports teams (to a fault at times). It takes broadcasting outsiders time to find an audience. It’s a real handicap to not be “from Philadelphia.”  The fine line to straddle is not pretending you know it all, but not admitting you know nothing. I was fortunate to have a management team who was patient and surrounded me with pros who helped me a great deal.

What surprised you most about the Philadelphia job?

I had to really work hard to understand the depth of pride, but also the general attitude of the city. It’s cliche’d to say the city is tough, or mean, or “throws snowballs at Santa.” It’s not that simple.  There’s a goon element to every city.  But for the most part, this is just a city that has a ton of heart and deep pride in tradition. They feel like they’re in the shadow of the 95 corridor. It’s all NY, Boston, and D.C. all the time.

What was your most cringe-worthy gaffe, either city?

It wasn’t really a gaffe, but it was deeply unfortunate. I was making fun of a member of our show for raining on the parade of a woman with cancer who’d received the gift of season tickets to the Phillies from Chase Utley. It all happened on the Ellen Show. The next day, one of the guys on my show joked, “Utley won’t be around. He’ll be traded. She won’t even get to see him play.” Mocking him, as if in his voice, I said “this woman has cancer. She may not even make it.” It was a stupid joke in an attempt to make fun of a member of our team for being a downer during a feel-good moment. Instead, it got reported as me making fun of a woman with cancer. Something I’d never do in a million years. It was a real lesson, for a lot of reasons. It was brutal. Lots of media scum out there waiting for something like that to discredit a guy like me, for sure.

Yikes! What was your most inspired moment on air?

Honestly, I’d have to defer to others for that.  I don’t remember the shows we do that way.  You try to hit a home run every day.  Most days you don’t.  If you do, you’ve got to get up and do it again the next morning.  Time to celebrate is short.

Who has been your most memorable guest?

Probably the biggest “get” was Sarah Palin in the closing weeks of the 2008 campaign. Other than Obama, historically, I don’t think there was a bigger phenomenon in politics at that time in history.  It was a major deal to book her at that point. The biggest news to ever come from one of our shows was an interview with former CBS News reporter Sheryl Attkisson. She volunteered to me in the summer of 2015 that her work and home computers had been hacked by individuals she believed were government agents. That story blew up.  She wrote about our interview in her bestseller “Stonewalled.” We’re still talking about it today. 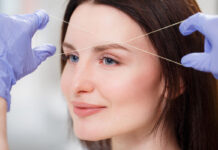