Arif Karowalia is always looking to hire people to do eyebrow threading at his three Kansas salons, but state licensing requirements create a challenge.

“A lot of immigrants, they know threading from their home country,” Karowalia says. “They don’t need to go anywhere to learn the threading skill.”

But they can’t work in any of Karowalia’s salons in Wichita and Topeka without a cosmetology license, though threading isn’t a part of Kansas cosmetology school curriculums. Threading is an ancient, cultural hair removal art. Threaders use thread no thicker than dental floss to lasso and remove unwanted hair.

“It’s totally nature. It pulls out hair from the follicle,” Karowalia says.

The skill isn’t a part of Kansas cosmetology school curriculum, but the state requires its practitioners be licensed.

Elizabeth Patton, Grassroots Director at Americans for Prosperity-Kansas, says people shouldn’t need a permission slip from the government to work. That’s why she requested legislation to exempt eyebrow threaders from state licensing requirements.

Patton says occupational licensing is often a barrier to jobs and opportunities.

“Eyebrow threading isn’t invasive. They’re not using chemicals. They’re not using sharp tools or things of that nature,” she said. “There are businesses in Kansas that want to provide this service and there’s a market for it. There are people who want to do it and know how to do it, but businesses can’t hire people without a cosmetology license to do it.”

Compared to other states, Kansas’s overall occupational licensing requirements are fairly low, according to a 2012 Institute for Justice study. IJ researchers examined the burden of licensing requirements for 102 low-and-moderate income occupations in all 50 states and the District of Columbia. With an average of $88 in licensing fees, 166 days of education or experience, and one exam required for the 34 low-to-moderate income jobs that require licensing, Kansas ranked 44th among the states.

On average, states required prospective workers in the low-to-moderate income jobs to do nine months of training, pass one exam and pay more than $200 in fees in order to earn a license to work.

Occupational licenses are costly and according to IJ researchers, frequently irrational. Upon the study’s release, the Institute for Justice released a video–narrated by researcher Dick M. Carpenter, II–detailing results.  Carpenter notes that many low-to-moderate income occupations that require licensing in one state can be done without any licensing in others. For example, five states require licensing for shampooing hair.

“The question is: What’s happening in states not licensing these jobs?” Carpenter asks. “It’s hard to believe there’s a dangerous epidemic of shampooing in 46 states. Licenses like these should probably be scrapped.”

“Lowering hurdles like these would make it easier for more people to find work and create jobs for others,” Carpenter says.

“All for a harmless occupation that is practiced safely in 47 states without licensing,” Carpenter says.

Meanwhile, Emergency Medical Technician training was the 67th most burdensome license to acquire, according to the IJ study. Occupations like landscape workers and cosmetologists face higher licensing hurdles, the study found.

Patton hopes HB 2200, the bill that would exempt threaders from cosmetology licensing requirements, eliminates a hurdle for that occupation in Kansas. To date, a hearing for the proposal hasn’t been set. Karowalia says other states are allowing threaders to work without a cosmetology license. He’d like to see Kansas do the same. 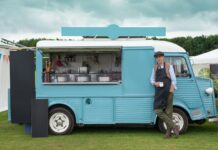