Many media reports on COVID-19 cases focus only on the total number of cases in each state, but the population has a great deal to do with the number of confirmed cases.  On a cases-per-million of population basis, Kansas and Missouri are well below the national average. 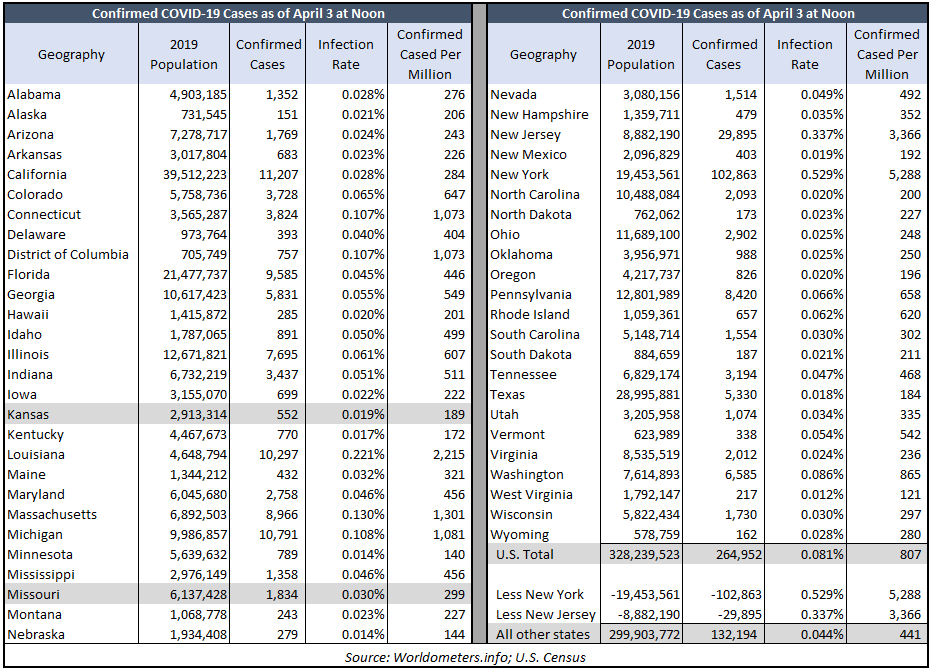 The Kansas City Star is pushing Missouri Governor Parson to issue a stay-at-home order.    The Star’s headline says “Of 10 states without stay-at-home orders, Missouri has most confirmed COVID-19 cases.”  But they don’t mention that Missouri also has the largest population among those states.  At 299 cases per million, Missouri and those other nine states are all well below the national average.

Health officials believe the peak for COVID-19 cases in Kansas and Missouri is maybe two weeks away, which will push the number of cases per million higher and, over time, could close some of the gap with the national average.