The 20-year TIF will capture increases in property taxes from higher property values in the District and re-direct them to developer Sunflower Redevelopment, LLC (SRL) to pay for property improvements, beginning with demolishing over 420 decaying buildings on the site. 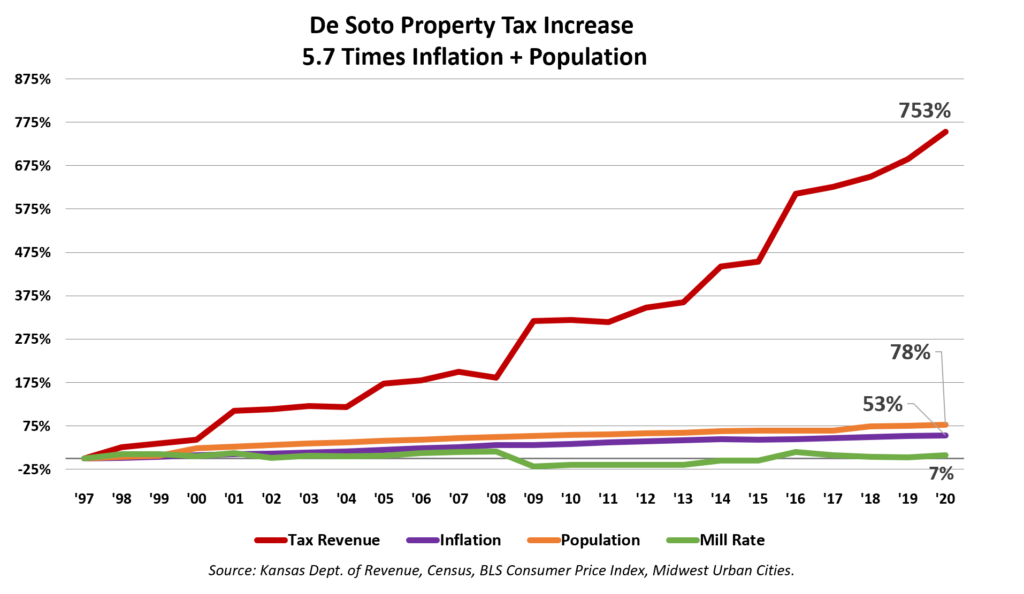 Sheriff Calvin Hayden questioned why the federal government and Congresswoman Sharice Davids have not been involved in the cleanup, demolition, and redevelopment since the Army used it to manufacture ammunition and gunpowder from World War II through American involvement in Korea and Vietnam until its closing in 1992.

Taxpayer subsidies are shown to be far less beneficial than government officials claim.

A study of the state’s PEAK program (Promoting Employment Across Kansas) by Nathan Jensen at Washington University in St. Louis found that PEAK recipients were no more likely to create jobs than non-PEAK recipients

Dr. Arthur Hall, Executive Director of the Brandmeyer Center for Applied Economics at the University of Kansas, reached a similar conclusion in a study of STAR bond projects in Wichita.  New jobs in the STAR bond areas mostly resulted from a shift in economic activity to a different part of the city.

Mayor Rick Walker and all five Council Members endorsed the TIF proposal, citing both immediate and long-term employment, business expansion, and economic development from the incentive.

The Sentinel asked the Council to discuss its philosophy of apparently choosing “winners and losers” in awarding the TIF to SRL, giving them a competitive advantage over their competitors and if members would pledge to return the increased property taxes captured by the TIF to property owners once the incentive was paid off.

No council member commented on either question.