The Ellis County Attorney’s decision to not prosecute election bribery signals that the trend of picking and choosing which crimes to prosecute is no longer confined to major U.S. cities with progressive prosecutors.  And that is a very dangerous sign for freedom in Kansas.

Wilson’s email makes it pretty clear that he is asking employees to vote for the bond issue.  He writes, “If we want to change the spaces we work in, we must be willing to take the time to vote and change our teaching and learning environments. It doesn’t cost us a penny to vote! Simply, by not voting really registers as a NO vote when it comes to our school staff.”

Ellis County Attorney Robert A. Anderson, Jr. yesterday announced that he won’t prosecute Wilson – not because he doesn’t believe a crime was committed, but because he has more important crimes to prosecute.

Anderson practically acknowledges that a serious crime was committed in his statement reprinted below.  He just didn’t want to take action.  And by failing to act, he has all but declared open season on election fraud in Hays, Kansas.

As the Ellis County Attorney, I am not required to provide this statement. However, I recognize that as the Ellis County Attorney I have been entrusted with a great deal of discretionary authority and with that, an immense responsibility. There has been a great deal of public attention and concern surrounding allegations that USD 489 Superintendent Ron Wilson committed “Election Bribery” in violation of K.S.A. 2020 Supp. 25-2409, a severity level 7 non-person felony. There were also many alleged instances of “Electioneering” (illegal placement of signs) in violation of K.S.A. 25-2430 on both sides of the bond issue. It is my intention to address those concerns now.

Unfortunately, we live in a time where we are very divided politically. Community, friendship, and family bonds are all too often dissolved as a consequence of political divisiveness. Elections and political issues are fraught with passion. Despite the best of intentions, we say and do things in support of our position without carefully considering the consequences . . . because these issues are important to us. Because acting and speaking for what we believe in is fundamental to who we are as Americans and as Kansans. It’s patriotic to vote, debate, challenge others, and to act when our values are questioned or challenged. It’s patriotic to encourage others to fulfill their civic duty to vote. But, according to a strict interpretation of our “Election Bribery” statute, there’s a thin line between conduct that is patriotic and conduct that is criminal.

Similarly, when talking about value equal to or greater than $3.00, the crime is the same regardless of the value. Objectively, it is less serious to offer someone something valued at $3.00 to go out and vote (generally – not for a particular candidate or issue) versus offering someone $1,000.00 to vote for a specific candidate or issue. Yet, they are the same crime and punishment under this statute.

The strict letter of the law seemingly criminalizes more conduct than what was probably originally targeted, and that becomes more apparent when examining all the election crimes in Chapter 25. Of the thirty election crimes statutes, “Election Bribery” and “Bribe Accepted by an Elected Official” are the two most serious election crimes in Kansas.

I have a duty to prioritize the efforts of my office and maximize community safety. I cannot justify prosecuting Superintendent Ron Wilson, or any recipients of the email who “agreed to accept value” for “Election Bribery” because it will come at the cost of diverting time and resources away from prosecution of sexual assaults, homicides, child abuse & neglect, aggravated batteries, aggravated assaults, drug distribution crimes, burglaries, and other very serious matters that have a major impact on community safety. As such, concerning the allegations against Superintendent Ron Wilson, others who may have “agreed to accept value” to vote, and those who may have committed acts of “Electioneering”, I will take no action at this time. 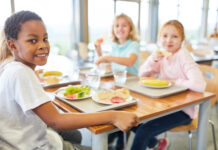 Biden: no lunch for poor kids unless schools allow boys in the girls’ restrooms

Graduation task force ignores the low-achievement elephant in the room