The 2020 payroll listings posted to KansasOpenGov.org for Topeka, Lawrence, Shawnee County, and Douglas County show some unusual compensation increases for some of the highest-paid employees.  Shawnee County officials didn’t respond to the Sentinel’s request for comment, but the other entities did, and their explanations are included below.

There were 27 pay periods last year compared to the normal 26 pay periods the year before, which is factored out in the column headed ‘Net Change 26 Pays’ in the tables below.

Topeka City Manager Brent Trout said, “periods some of the people listed below retired in 2020 and received a pay out (sic) of vacation and other pays in 2020 that caused their change in salary to be significant from 2019.”  He didn’t provide any names, however, to indicate which of the employees listed in the table below received any extra payouts.

Three of the employees listed below collected payout of vacation and sick pay upon retirement; Gregory Burns, James Wisdom, and Douglas Green.

Carnahan attributed other increases to “A general wage adjustment, possible promotions, overtime due to minimum staffing requirements during COVID19 and reclassification of Fire Captain to non-exempt.”

Pinsky said Kevin Kelly’s salary is set by the independent Board of Directors for the Peaslee Technical School. 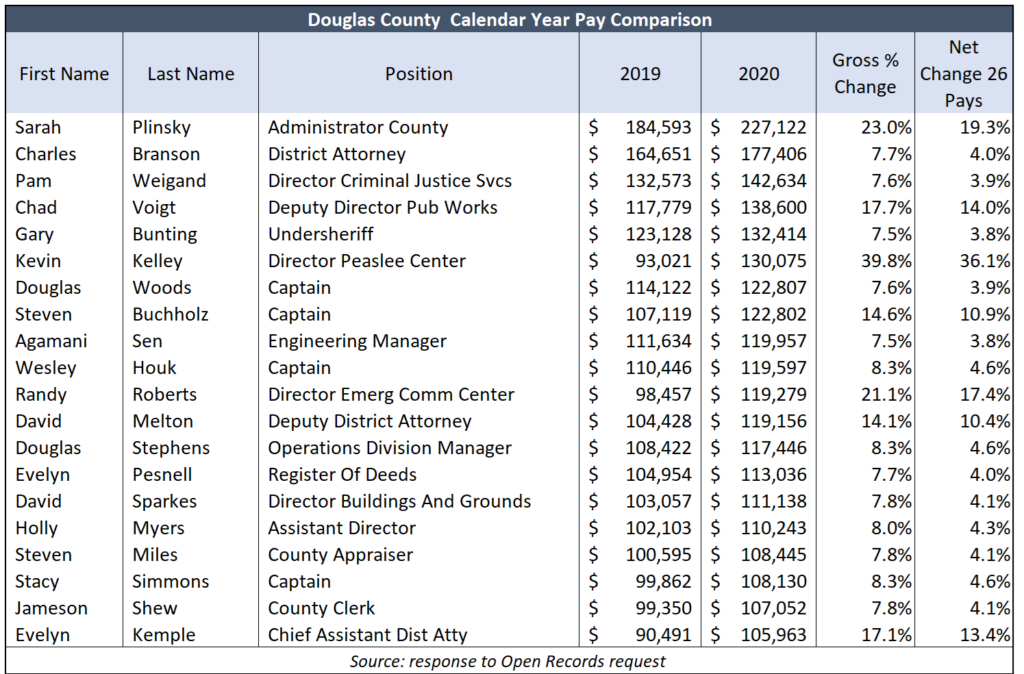