Not even bothering to write ‘n-word,’ the Star uses this inflammatory headline to introduce a story about an alleged hate crime in Manhattan, “Car near K-State painted with ‘Go Home Nigger Boy’ and students are fed up.” Above the headline is a large photo of the same slogan as smeared on the car.

Less than a week ago, the Star trumpeted a comparable hate crime at a predominantly black Kansas City church only to see the story fall apart a day later with the arrest of a disgruntled black church employee. As the Sentinel warned at the time, fake hate crimes have become so commonplace that caution is called for before publishing so incendiary a story.

The church vandalism story was a model of discretion compared to the one out of K-State. In fact, the K-State story should never have run. Knowing what they know now, editors should pull it immediately. The story begins with a disclaimer: “This story has been updated to include a university spokesman saying that Kansas State does not have anyone enrolled at the university by the name that police say is the owner of the car.”

The problem is that the student had assured the Star he was a student. But as the Star reports, a university spokesman told the Associated Press, “We do not have a person enrolled currently or in the past by that name.” A disclaimer is never a good way to introduce a story whose very headline provokes rage.

According to the Star, the man who called the paper is now claiming the social media explosion resulting from the alleged vandalism has made it “impossible for me to go anywhere. I can’t drive my car anywhere without people stopping me.” The Star is withholding his name, allegedly “for safety reasons.”

The fellow is also saying he “does not want the attention and has withdrawn from the university and intends to return to his home in California.” This claim should have raised any number of red flags in the Star newsroom. The presumed hate crime is alleged to have occurred on Wednesday, November 1. The reader is being asked to believe that the student withdrew from the university because of the vandalism. This withdrawal would have had to take place some time during the day on Wednesday. And by late Wednesday, his very name would seem to have been purged from the university database.

The Star owes the Kansas State community an apology. No matter how this story shakes out, the editors have already made a terrible botch out of it. In the process they did what they do best: needlessly aggravate the paranoia in minority communities. 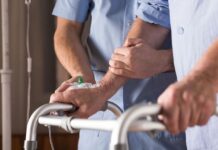