The cost of Oregon’s lavish public pension system, PERS, is beginning to crowd out spending for things like schools and police.

States are finally starting to crawl out of the economic devastation of the 2008 downturn, but part of the climb means rebuilding wrecked pension funds just as massive numbers are retiring and drawing benefits.

“That has left less money for the police, school sports programs, and everything else,” the New York Times explains in a story about Oregon’s slow pension drip. “Local residents might not know why, but they are paying more taxes and getting scantier services in return.”

The state today has fewer police than it did in 1970. It’s hemorrhaging foster care workers, and a recent report showed large numbers of bridges are reaching critical and near-critical conditions.

The Times’ story focuses primarily on Oregon’s pension challenges, but notes other states aren’t immune. Colorado, which at one time boasted a fairly healthy public pension system, faces a $32 billion pension shortfall. Detroit slimmed down its pension obligations in bankruptcy, but it may not be enough. San Francisco’s school board is mulling a $298 “parcel tax” on real estate to help make up some of the difference. (High insanity in a city that already has some of the nation’s highest housing costs.)

According to Bloomberg, the outlook for state public pension systems continues to worsen. The percentage of assets states have available for future payments to retirees continues to decline. Known as the median funding ratio, the national percentage dipped from 74.5 percent to 71.1 percent in 2016. In 2014, it was 75.6 percent.

The Kansas public pension system covers state, local, and school district employees and sometimes, private company employees who do business with government. Kansas’ pension system is about 67 percent funded, meaning if no new employees were added to KPERS and no more money was put into the system, the state has the funding to pay 67 percent of its pension obligations. The Sunflower State was slowly growing its funding ratio. When former Gov. Brownback entered office, Kansas’ public pension liabilities ranked second to last. Even during the days of plenty in the early Gov. Sebelius administration, lawmakers couldn’t be bothered with using cash extras to shore up the faltering pension system. (The Brownback administration sank $1 billion into the pension system to shore it up while settling an SEC fraud case inherited from the Sebelius administration.) The slow, planned growth of Kansas pension payments may be about to come to a screeching halt as lawmakers figure out how to add $500 million more in school funding (likely increasing its pension liabilities if much of the new funding goes to salaries) without raising taxes.

Oregon’s pension system has some odd quirks. It allows pensioners to collect public pension money on income employees earn on the side. For example, a former University of Oregon football coach’s pension calculation includes money he made from licensing deals. He’s collecting $46,000 a month.

Oregon recognized long ago that its pensions would cause problems later. In a 1994 ballot initiative, the state’s voters attempted to change the public pension system. Enter the state’s Supreme Court, which ruled accruals could not be reduced.

Kansans are long familiar with a high court uninterested in what is affordable, reasonable or determined by elected representatives.

Like Oregon, Kansas’ pension program has its share of odd quirks, too. Many government retirees never pay income state tax on on their pension benefits from employer contributions and earnings. It’s a cherry deal that gives retired public employees a tax advantage over private employees.

Oregonian pensioners enjoyed a similar advantage at one time. They weren’t required to pay the state’s 9 percent income tax, but lawmakers nipped that perk. However, they also increased pensions by 9.89 percent so public retirees had the money to pay the tax.

“It’s an affront to everybody who pays taxes,” Bruce Dennis, a retired carpenter told the Times. No one gives him extra money to cover his taxes.

“Across Oregon, local officials have been told to brace for 15 to 20 more years of rising pension bills. That’s when the current generation of retirees will start dying out….In the meantime, mounting pension costs mean that a generation of schoolchildren is growing up in the area with no theater program, no orchestra, no wood shop and minimal sports, chorus and art,” the Times story concludes. 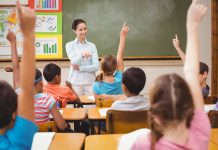 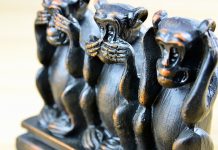