The Lawrence Journal-World editorial board writes that the Kansas State Board of Education erred in its decision not so suspend with pay Kansas Deputy Commissioner of Education.

In an increasingly tribalist world, it’s nice to see the Lawrence Journal-World shirking it in an editorial about the state board of education’s decision. The board voted 9-1 against suspending Dale Dennis, the state’s deputy commissioner of education, after a legislative post audit revealed he may have authorized the misallocation of more than $400 million in school funding.

“The board should have placed Dennis on paid administrative leave pending the outcome of an outside audit into how school transportation aid has been distributed, as legislative leaders requested,” an editorial in the Lawrence daily reads. “That’s the only way to restore legislative and public confidence that Department of Education officials are calculating and distributing school funds properly according to state law.” 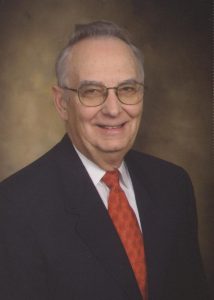 Dennis received vocal support during a packed meeting to determine his immediate future. The Kansas National Education Association, the Unified School Administrators, the Kansas Association of School Boards, the American Federation of Teachers Kansas, and the Kansas School Superintendents’ Association, issued a joint statement calling Dennis “the best friend public education and the kids of Kansas have had.” A letter signed by a number of Kansas lawmakers also expressed their support for Dennis. Four Kansas Governors also authored a letter of support for the man accused of allocating funds outside of state law.

That wasn’t enough to persuade the editorialists in Lawrence, however.

“The Legislative Post Audit report raises legitimate and serious questions about how education funds are being distributed,” the editorial reads. “With the Legislature facing a court-ordered deadline to develop an equitable way to deliver school funding and increase the amount of funding by as much as $600 million per year, there is no margin for error. In such an environment, the Board of Education should have welcomed an outside review of Dennis’ work.”

The Lawrence paper’s editorial board deserves a round of applause for siding with taxpayers and transparency.