The daily paper is joined by a handful of Democratic politicians in its efforts to throw money at a perceived problem. They collectively demand Kansas create an elected or appointed state office tasked with auditing stuff.

The Star and the Wichita Eagle write in an editorial and a follow-up story to its series on transparency that Kansas should consider a Constitutional Amendment to create a state auditor position. The editorial is an embarrassing exercise in self-congratulatory fan fiction.

Though no one quoted outlines the exact role of a newly imagined state auditor, the Star editorial board lectures cost is no object.

“The auditor should be allowed to pursue obstinate agencies in court if necessary. He or she should have subpoena authority, a staff, and as much money as needed,” the editorial reads.

For a paper that’s hemorrhaging cash, one would think the editors would understand that money for state-funded Star vanity projects doesn’t grow on trees.

“Kansans of all political persuasions were stunned and saddened this week following the Star’s stories on the secrecy surrounding the state’s government,” the editorial reads. “Calmly, methodically, factually, the newspaper’s reporters provided irrefutable evidence that some state agencies put their own interests above the public’s.”

After heaping praise on itself, the Star proposes a statewide Transparency Initiative to include the election of a state auditor. The answer to bad bureaucracy, readers learn, is more bureaucracy.

The editorial theorizes that Kansans could file complaints with the state auditor when they face delays in getting information from public agencies. The Star doesn’t bother mentioning in the editorial that Kansans already have the ability to file Kansas Open Records Act or Kansas Open Meetings Act complaints with the Kansas Attorney General’s office. (Getting Kansas AG Derek Schmidt’s office to investigate or do anything about it is another issue entirely.)

The daily mentions the process in its story asking whether Kansas should have a state auditor, but the facts are relegated to a few sentences at the very bottom of the article. Meanwhile, Kansas Secretary of State and Republican gubernatorial candidate Kris Kobach gets top billing in the story’s second paragraph. He doesn’t think a state auditor is necessary, but two, Democratic gubernatorial candidates support the Star’s recommendation.

Star editorial writer Dave Helling proposed on Twitter that Kansas should eliminate the Kobach’s office and replace his position with a state auditor.

At least Helling recognizes that creating a new elected position comes at a financial cost. That’s more than can be said for the editorial board, which argued with a straight face that not giving to Star reporters immediate, unfettered access to all state records “cost lives. And money. And efficiency. And fairness. And hurts democracy.”

The breathless reporting and hyperbolic editorials on what amounts to a conservative-bashing vanity project are a little much. Selfies would suffice. 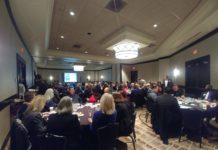