As reported in the Daily Kansan, officials at the University of Kansas are pleased with a new 20-year contract with Westar Energy that guarantees KU’s electric power will now come from wind energy.

“KU has considered renewable energy for a long time, wanting to lower our emissions and use a sustainable source of energy,” said Cassidy Kuhn, energy conservation behavior specialist at the University. “Students will have peace of mind knowing the electricity they are using comes from right here in Kansas.”

The power will come from a new wind farm in Nemaha County, home to 10,000 or so people on the Nebraska border north of Manhattan. As to how the residents of Nemaha County feel about providing KU students with wind, no one seems to have asked.

Three years ago, Marshall White, a reporter for the St. Joseph News-Press, did something increasingly unusual in today’s media. He wandered out to DeKalb County, a county not unlike Nemaha, to discover how the locals felt about doing their bit for sustainability.

As White discovered, living next to a wind farm promises as much sensual delight for the eyes and ears as a pig farm promises for the nose.

One property owner told White he would not have bought his land had he known a wind farm would go in “right outside the window.” Said one local grandmother, “I’m scared. I just want to raise tomatoes and grandchildren.” Another fellow pointed to his trees and fields and said, “All this is about to be ruined.”

If you wonder why any community would willingly allow construction of scores of 500-hundred-foot high, aurally irksome eyesores in its own backyard, one good citizen of DeKalb County summed it up in a word, yes, “greed.”

This opinion was unique only in its succinctness. “I could preach for days,” said another fellow, “but the bottom line is it’s about the money.” Those following the money in DeKalb County know there are a lot of links on this daisy chain before one gets to Wall Street. In fact, the first link is likely right next door.

Wind salesmen seem to have taken a page out of Mark Twain’s classic short story, “The Man That Corrupted Hadleyburg.” In that tale, a diabolical “stranger” sets out to prove that even a town reputed for its honesty and probity can be undone by pitting neighbor against neighbor in the quest for an elusive sack of gold.

In rural America, that sack of gold comes in the form of one’s very own wind turbine or two. The contracts to build may not be as valuable as gold, but like the wind itself, they are renewable and sustainable. They are the gifts that keep on giving.

This is pure devil’s bargain. While some neighbors realize a windfall, the only “fall” other neighbors see is in their property values. One angry resident expected to see his “slashed by at least half.” He is probably right. Who would willingly buy a home in the seizure-inducing shadow of a monstrous ceiling fan?

As the people of France have been demonstrating this past month, when the government and the media leave ordinary citizens out of the power equation, there can be a price to pay. 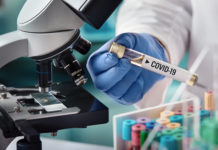 Average daily COVID increase down to 2% in Kansas